The defense secretary joked about the lengths they are willing to go to get technological help, saying they've even relaxed the dress code at the Pentagon, to welcome young people in hoodies. 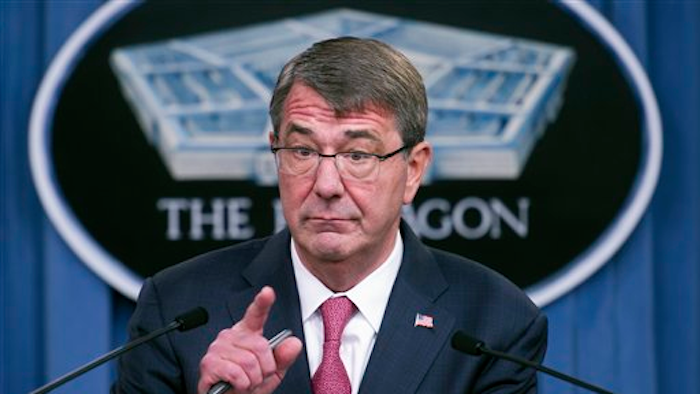 U.S. Defense Secretary Ash Carter said on Thursday he's working with technology businesses to improve the nation's cybersecurity and to recruit another generation to serve.

At a meeting with business and community leaders in Seattle, Carter talked about a number of ways the Pentagon is borrowing some of the best minds in technology to improve the nation's security.

He's also inviting coders to join the military for a tour of duty. And Carter is creating a new Defense Innovation Board, to be chaired by Eric Schmidt of Google's parent company Alphabet.

The defense secretary joked about the lengths they are willing to go to get technological help, saying they've even relaxed the dress code at the Pentagon, to welcome young people in hoodies.

Carter said he's willing to just borrow the young people working in innovative fields in the private sector and he commended local business leaders for encouraging their employees to serve the nation.

"I'm especially grateful to Microsoft for building that bridge from the other direction," Carter said.

The outreach to tech companies is reminiscent of past government-business cooperation, Carter said, mentioning the creation of the Internet and the jet engine as a few examples.

"We need to innovate together for the future," he said.

They also want to find new ways to get young people to try out military service, and acknowledged that the Pentagon has to bend over backward to make itself an appealing place to work.

He also spoke about the way military training makes veterans a good bet for private companies that are looking to hire, while acknowledging that there's a competitive market for the military's best people.