Yuri Kageyama
Honda Motor Co. President and Chief Exective Takahiro Hachigo speaks at a press conference in Tokyo, Wednesday, Feb. 24, 2016. Honda's president is sticking to its stance that the Japanese automaker plans no independent financial bailout for supplier Takata, which is embroiled in a massive recall crisis over air-bag inflators that may explode.
AP Photo/Eugene Hoshiko

TOKYO (AP) — Honda's president is sticking to its stance that the Japanese automaker plans no independent financial bailout for supplier Takata, which is embroiled in a massive recall crisis over air-bag inflators that may explode.

Takahiro Hachigo, Honda Motor Co. president and chief executive, told reporters Wednesday that it plans no rescue for Takata Corp., and its priority is finding the cause of the problem. Although Honda is Takata's biggest customer, the recall involves many other automakers.

Takata is recalling 50 million air-bag inflators globally, which may cause air bags to inflate with too much force and hurl shrapnel at drivers and passengers. Takata air bags have caused at least 10 deaths and 139 injuries worldwide.

Hachigo declined comment on Tuesday's findings by the Independent Testing Coalition, the scientists hired by the auto industry, including Honda, which determined that multiple factors, including moisture and high humidity, were to blame.

"How to respond is not a matter of just our company," Hachigo said when asked if Honda planned to take a leadership role.

Hachigo had more to say about Honda's environmental strategy.

He said two-thirds of Honda's sales will be zero-emissions, including fuel cells and electric vehicles, hybrids and plug-ins by 2030.

Japanese rival Toyota Motor Corp. announced last year that almost all its sales will be hybrids and fuel cells by 2050, underlining a similar commitment to reduce global warming and pollution.

The new version of Honda's Clarity fuel cell will go on sale, starting in Japan, next month, and the next-general fuel-cell system, which Honda is working on with U.S. automaker General Motors Co., will start production in about 2020, Hachigo said.

Hachigo took the helm at Tokyo-based Honda last year after his predecessor stepped down amid quality problems, including some that predated the Takata fiasco.

Hachigo promised to maintain quality, while pushing what he called "global models," such as the Fit, Civic and Accord, which will be adapted for various markets. Such a move will cut costs.

Some of the Fit subcompact and Accord hybrids that are made in Japan will be shipped to North America, while the Jazz, as the Fit is called in Europe, the HR-V and CR-V sport-utility vehicles, will be shipped from Japan to be sold in Europe.

Both moves are intended to keep production in Japan at about 950,000 vehicles, to serve as the "mother" system for Honda's global production methods, Hachigo said.

Her work can be found at: http://bigstory.ap.org/content/yuri-kageyama 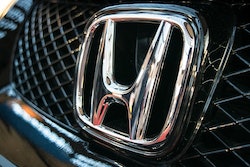 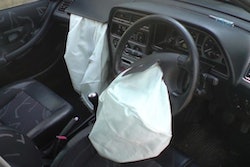