Celebrating the Life of Bob Lally, a True Industry Pioneer

The inspirational founder of PCB Piezotronics has died, he was 93.

During my earliest days in the sensors industry, at PCB Piezotronics (PCB), I can still remember the excitement of publishing my first technical article. It was a primer on piezoelectric sensing technology, which ran some 15 years ago in the print edition of Sensors.

About a month later, I recall receiving a package at PCB, containing a copy of my article and a congratulatory note. The article was covered in a sea of insightful post-it notes and explanatory diagrams. I still marvel at the sheer kindness of anyone taking such time and interest. I’d sent an immediate thank you, then received yet another encouraging response.

From that time onward, nearly each time I’d publish an article, another friendly envelope would arrive. I’d look forward to them, and their opportunities for continued learning and growth.

Those envelopes were sent courtesy of Bob Lally, PCB founder, who passed away recently at the age of 93. For me, Bob was my PCB pen pal, who along with his brother, Jim, helped me to develop a real appreciation for piezoelectric sensing technology. They made it fun.

Over the years, I had the added privilege of learning quite a bit about this kind, brilliantly complex and insightful person. In the sensors industry, Bob’s technical contributions are legendary. What is less known and equally remarkable about Bob, however, was his brave military service during World War II; and his post-retirement work as an innovator in STEM. In his honor, I look forward to sharing more of his story.

After graduating from high school in 1942 in East St Louis, Ill, Bob decided to serve his country in World War II. He was first attracted to the U.S. Army Air Corps through the Army Specialized Training Program. There, he participated in preflight training at Texas Tech University, then went on to study engineering at both Purdue and Stanford.

After learning that he could not serve in the Air Corps due to a prior injury, Bob was reassigned to the 407th U.S. Army Infantry Regiment and was subsequently deployed to Europe. In Europe, he served as a scout and squad leader, facing the daily horrors of war on the front lines. His brave service saved many lives. For his leadership in battle, Bob was promoted to the rank of U.S. Army Staff Sergeant. He was also awarded two Bronze Stars for heroic achievements in a combat zone.

Bob’s military service afforded him the opportunity to further his education under the GI Bill. At the University of Illinois at Urbana-Champaign, he earned both Bachelor of Science and Master of Science degrees in Mechanical Engineering, both with minor in Mathematics. He graduated with high honors, as University co-salutatorian, in 1950. Bob later continued his commitment to lifelong learning via further studies at Purdue and the State University of New York at Buffalo.

Bob’s first job upon graduation was as a guidance and control engineer at Bell Aircraft Corp. (Bell) in Buffalo, New York, a position in which he would serve for four years. At Bell, Bob worked in test flight control systems R&D for experimental aircraft, glide bombs and guided missiles, as well as supervised the inertial guidance group.

It was from his work at Bell that Bob first learned about the application of piezoelectric sensing technology for the dynamic measurement of physical parameters, such as vibration, pressure, and force. That technology was first developed by Bob’s colleague, Walter P. Kistler, the Swiss-born physicist who had successfully integrated piezoelectric technology into Bell’s rocket guidance and positioning systems.

In 1955, Bob and some of his Bell colleagues decided to form what was the original Kistler Instrument Company. That company sought to further commercialize piezoelectric sensing technologies for an expanded array of applications and markets, beyond aerospace. In addition to his role as co-founder, Bob remained at the original Kistler Instrument Company for 11 years, serving as VP of Marketing, while continuing his roles in engineering, production, testing, and sales.

Upon learning that the company was being sold to a firm out of Washington State, Bob decided to form PCB Piezotronics.

Established in 1967, PCB specialized in the development and application of integrated electronics within piezoelectric sensors for the dynamic measurements of vibration, pressure, force and acceleration. The original PCB facility had humble beginnings, with all sales, marketing, R&D and operations running from the basement of Jim Lally’s family home.

It was also in this time frame that Bob became world-renowned for his capability to successfully integrate piezoelectric sensing technology into mechanical devices, setting a new industry standard for test and measurement.

He was awarded multiple U.S. patents for these innovations, including the modally-tuned piezoelectric impact hammer, pendulum hammer calibrator, and gravimetric calibrator, all for the modal impact testing of machines and structures. The modally tuned impulse excitation hammer was honored in 1983 with a prestigious IR-100 award, as one of the top 100 industry technical achievements of that year.

Bob was also renowned for his successful commercialization of a two-wire accelerometer with built-in electronics. That concept was marketed by PCB as integrated circuit piezoelectric, or ICP. Bob’s 1967 paper for the International Society of Automation (ISA), “Application of Integrated Circuits to Piezoelectric Transducers”, was among the first formally published technical explanations of this concept. As Bob had detailed, the application of this technology made the sensors lower cost, easier to use and more compatible with industrial environments.

Beyond R&D, Bob was committed to establishing industry standards and best practices in sensors. He did so, as a member of the technical standards committees of the Society of Automotive Engineers (SAE), Society for Experimental Mechanics (SEM), and Industrial Electronics Society (IES), among others. Bob also served on the ISA Recommended Practices Committee for Piezoelectric Pressure Transducers and Microphones; and the ASA Standards Committee for Piezoelectric Accelerometer Calibration. Many of the standards that Bob helped to develop, as part of these committees, remain relevant today.

Upon retirement, Bob’s work centered primarily around the mentoring, education and training of next-generation sensors industry talent. In addition to his active grassroots mentoring of folks like me, Bob often gave tutorials and donated instrumentation for student use. He later continued that work in a more formal capacity as an adjunct professor at the University of Cincinnati.

In the mid-2000s, Bob also began to develop an innovative series of Science, Technology, Engineering, and Math (STEM) educational models. Each was designed to provide a greater understanding of various sensing technologies, their principles of operation, and illustrations of “real life” practical applications.

Among Bob’s final works was a unique STEM model consisting of three adjustable connected pendulums. That model was used to illustrate the concept of energy flex transference and the influence of physical structural modifications on structural behavior. Bob continued this mentoring and STEM work nearly right up until his passing. What is truly remarkable is that he did so with unwavering dedication and enthusiasm, despite being left permanently disabled from his combat injuries.

In addition to co-founding two of the most successful sensor manufacturers in history and his many R&D accomplishments, Bob’s generosity of spirit shall remain an important part of his legacy.

He is survived by his son, Patrick (Kathi) Lally of Orchard Park, New York; his grandson, Joshua Lally; his surviving siblings, Jim, MaryAnn (Wilson), and Patricia; and his many nieces, nephews, friends and colleagues. I, like many, remain truly grateful for the selfless and meaningful contributions of Bob Lally to my early professional development, particularly in my technical article work. It is an honor to tell his story.

Special thanks to Jim, Kathi and Patrick Lally for their support and contributions to this article. 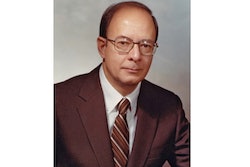 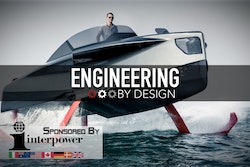