DOE: These 2 Technologies Would Have Saved the Death Star 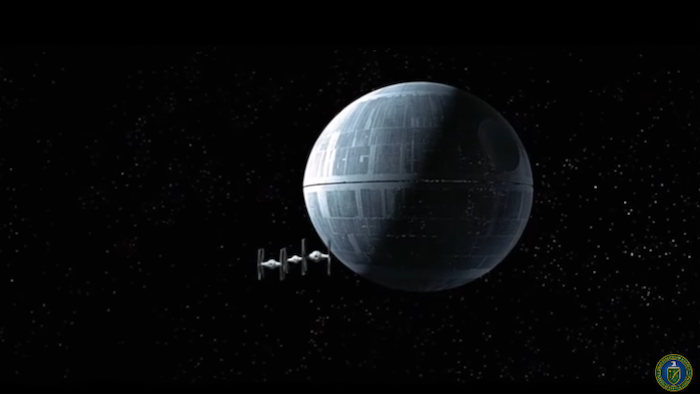 A long time ago in a galaxy far, far away…

If only the Empire had known about U.S. Department of Energy (DOE) resources, the Alliance might never have made that lucky shot. Their ventilation systems would have been smartly designed, their appliances and devices properly integrated with HVAC systems. Not only would this have protected vulnerable exhaust ports, but improved efficiency that could have made storm troopers and Imperial inhabitants more comfortable.

The Death Star’s exhaust port cooled a planet-sized spacecraft with two million people on board. Instead of venting this energy into the vacuum of space and wasting it, heat could have been recirculated and reused using a technology that DOE researches for Earth-based buildings.

Integrated heat pumps capitalize on energy cascades, where heat from one process is used as the energy source for another (e.g., waste heat from HVAC systems used for water heating). Though the Death Star relies on a nuclear reactor, improving energy efficiency could have meant the difference between decimating a planet in three seconds instead of 10.

It’s possible that Death Star designer Galen Erso was hesitant to use heat pump technology. On Earth-based buildings, heat pumps have historically been used in moderate climates. Today, the Building Technologies Office researches, develops, and validates their use in cold climates. Perhaps Erso should have considered its usage for the frigid temperatures of deep space as a way to reduce reliance on the ventilation system and exhaust port.

The very same exhaust port, and the surrounding trench’s design, offered Luke Skywalker and Red Squadron a chance to strike a major blow against the Empire. It was also a major source of inefficiency for the Death Star envelope. Here on Earth, space heating and cooling represent about 30% of the energy consumed in buildings; a tight envelope plays a key role in determining the amount of energy required to heat and cool a space. Yet the exhaust port and surrounding trench were weak zones of the Death Star envelope, cutting through to its center core, with very little insulation or protection from deep space temperature. DOE works to develop technologies that prevent the uncontrolled flow of heat, air, and moisture; if used in tandem with proper ventilation and heating technologies, they could have both secured the exhaust port and saved energy.

The Death Star was an incredible feat of engineering, however its failure to incorporate sound HVAC and envelope technologies proved to be its Achilles’ heel (or should that be its Wedge Antilles’ heel?). DOE-supported technologies could have lessened the Death Star’s exposure to environmental and hostile threats, in addition to increasing its energy efficiency. To date, however, little R&D has been done to protect against the use of The Force.

May the Fourth be with you.

*Editor’s Note: The U.S. Department of Energy does not support the Galactic Empire.

This article originally appeared on Energy.gov.