Electric is not always the answer. 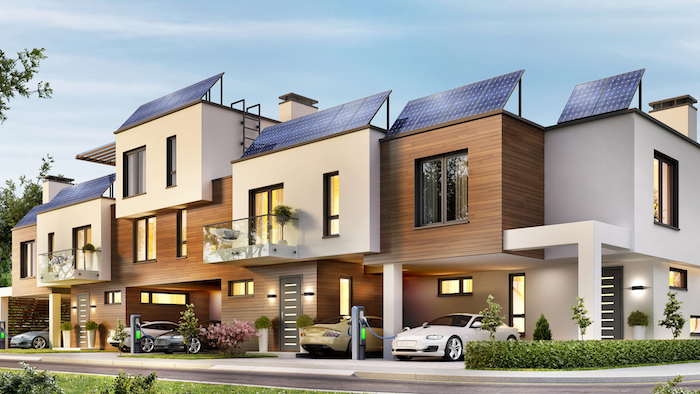 Electric vehicles are promoted as an environmentally friendly way to drive, especially in the push to achieve carbon neutrality by 2050. Numerous auto manufacturers announced plans to introduce such vehicles in the coming years, and some intend to cease sales of gasoline-powered cars altogether.

But although the EV is intended to help the environment, gas-powered vehicles need not be wholly cast aside — at least, not yet.

Mark Falinski, Ph. D., the head of research and sustainability at Finch, suggested a broader look at the best way to buy a car with the planet in mind.

Falinski challenged those who only look at the manufacturing process or at the use case. He said both should be considered, and that the entire lifetime of a vehicle should not be disregarded.

"The manufacturing of electric vehicles can be taxing on the climate and it is much higher than that of a conventional vehicle," Falinski said. "But over the course of the lifetime of the vehicle, it actually balances out to the fact where over the course of 200,000 miles or so, you're going to see half the CO2 will be released across the lifecycle of an EV versus a conventional vehicle."

Despite the widely accepted stance that electric vehicles are an environmentally friendly solution, there are special cases where gasoline-powered cars get the edge.

It comes down to understanding where the electricity to power EVs comes from. For instance, states that are highly reliant on coal will produce more CO2 per kilowatt of energy than states that rely on natural gas or solar.

"When we compare EVs to the EPA-defined 'average' gas-powered car, every EV we looked at was the more climate-friendly option in 48 states, except Wyoming and West Virginia," Falinski said. "In those two states, more than 85% of EVs we looked at were better for the climate than the average gas-powered car, even though the grids were so reliant on coal. So, an EV isn't always the better option in those states, but it almost always is against the average car."

Some instances call for a hybrid vehicle over an EV. However, Falinski said this depends on current electricity use scenarios, and if a car with extraordinary gas mileage is being replaced — all while taking into account, once again, the vehicle's entire lifespan.

This logic applies in the present, but could change in the 10 to 15 years a person owns a car. Over that timeframe, ideally, the grid will become greener.

"In eight states, right now, the electric grids are powered by so much coal and petroleum that the most climate-friendly choice, in terms of the amount of greenhouse gas emissions directly and indirectly released per mile driven, may be the most fuel-efficient gas-powered hybrid instead of an EV," Falinski said.

Falinski's ideal electric vehicle to conventional car ratio is 100 to 1, and he would be the first to say such a goal is not possible — not yet. The current grid infrastructure will not allow it.

Although EVs are making a push, the ideal 100:1 ratio will not be arriving in the next decade, according to Falinski. Despite President Biden signing a $1 trillion infrastructure bill into law in November, Falinski does not see the spending required for projects such as bridges and tunnels to enable significant improvements in electrical wiring.

The need for less-sustainable, fossil fuel energy sources would need to increase, according to Falinski, as the energy currently attainable from solar and wind runs out.

"If you get solar on your house, in most of the country, you're going to be saving a lot of money over the next 20 or so years," Falinski said. "But at the same time, that solar makes it so charging your car costs you basically the cost of the solar panel in the first place."

In addition to the current state of the grid, supply chain issues also hinder EV growth. The coronavirus pandemic continues to affect supply chains, which pose long-term and short-term problems for EVs.

The long-term problem revolves around the use of lithium batteries. A fear of Falinski's is an increased use of lithium, resulting in more uncommon ways of mining, such as sea mining. However, he does not worry about the impacts of lithium mining compared to the effects of oil.

A short-term issue, meanwhile, continues to be semiconductor shortages.

"That's going to be unavoidable for the next few years," Falinski said. "Car manufacturers are saying supply chain issues around semiconductors are really hampering their ability to make EVs. But here's a fun little secret: those same issues around semiconductors are affecting normal cars, too. They are potentially disproportionately impacting EVs, but I don't see it being [an issue] impacting EVs as much as people think."

Another obstacle is buyers' hesitancy to convert from gasoline-powered cars to EVs.

Cost and range anxiety can prevent individuals from transitioning, but there is still a place for conventional cars while those on the fence wait.

"It depends on the state, it depends on the user, but I think that if you have at least 15,000 miles of go left in your current car, the option would actually be to keep using that car," Falinski said. "Beyond that, it starts to get more iffy. If I were to buy an EV right now and put it in my garage right after getting it, it has the same carbon footprint as a super old 2012 Corolla that I drive for 15,000 miles. If I'm going to have that trade-off, I want to make sure I'm thinking about this in a way that I am not damaging the environment in the shorter term in pursuit of some long-term goal."

Stepping away from optimal carbon footprint worries, Falinski shined a light on other environmental and ecological impacts of electric and conventional vehicle manufacturing.

"When I think about conventional gas-powered cars, there are real issues around their human health impacts and the impacts of living in a place like Los Angeles and Beijing where there is smog everywhere," Falinski said. "On the EV side, you worry about issues around material availability and the more rare materials that might exist inside the batteries, plus potential issues around worker exposure to those chemicals.

"In the long term, climate change issues are going to be detrimental if they're not repaired. In the shorter term, we still have issues around releases from coal plants and from tailpipes that are hurting plants, animals and people. That needs to be rectified in a way that saves taxpayers billions of dollars a year, but also make sure that those people are having the best possible lives that they can."