How additive manufacturing is poised to turn the aerospace MRO industry on its head.

As with any electromechanical device, planes grow old and need fixing. That’s where MRO comes in. Short for Maintenance, Repair, and Overhaul, MRO encompasses everything needed to keep aircraft in good working order, and that includes replacement parts. Especially those. In fact, so important is MRO to the aerospace industry that engineers, repair technicians, purchasing managers, decision-makers, and consultants like me meet each year at an event called MRO Europe, where we discuss what’s new, what’s important, and what’s coming down the pike (view photos in gallery).

I attended last year’s MRO Europe at the U.K.’s ExCeL London convention center from October 15-17, 2019. Aside from the usual strategizing and justified hand-wringing over the procurement of aircraft replacement components, it was the “what’s coming down the pike” aspect of MRO that most intrigued me. It’s called additive manufacturing (AM), aka 3D printing. This technology has become an intense focus within the aerospace industry over recent years, for a variety of reasons.

Additive manufacturing can create free-flowing, lightweight, and “impossible-by-any-other-means” shapes with ease. It allows component designers to turn what was a multi-piece assembly into a single unit, thus simplifying and streamlining the supply chain. AM prints parts from practically any metal, polymer, or composite material, in practically any shape, with practically no tooling, little waste, and fewer design constraints. It’s also fast. Where designers are accustomed to waiting weeks-to-months for prototypes and perhaps a year or more for hard tooling, 3D printing can turn parts around in days.

With all of these benefits, and especially considering additive’s ability to produce one part or a handful of parts more cost-effectively and in far less time than traditional manufacturing processes, one would think that additive manufacturing would be all the rage in the MRO world. After all, what’s better to an aircraft repair facility than the potential elimination of delays and not having to hold a cash-draining spare parts inventory? How much downtime could be eliminated if replacement brackets and fan blades and door handles could be produced on demand? How much cost could be pulled out of the supply chain if all the molds, jigs, and fixtures needed to manufacture legacy parts were suddenly obsolete?

There’s just a couple of problems with all this, however: achieving these goals often means that parts be designed with additive manufacturing in mind, that the blocky, monolithic, and machinable geometries of yesteryear be scrapped in favor of more printer-friendly shapes. There are also concerns over the structural integrity of printed materials, especially flight-critical metals like titanium and Inconel. And what about FAA recertification? Who has the time to chase those folks down when an airplane is grounded, waiting for a part?

It’s for these arguments among others that the MRO world contains more than its share of additive manufacturing skeptics, those who see this technology as not yet ready for primetime, at least when it comes to legacy parts. And that's a shame, because it's here more than with most industries that 3D printing promises to cut significant costs, streamline supply chains, and get planes back in the air more quickly than using traditional manufacturing routes.

Consider a cast metal part. The typical plane or helicopter might contain hundreds of them. When—not if—one breaks on an aircraft no longer in production, chances are good that the tooling needed to produce said part will have limited life or have been retired altogether. This could mean months of delay, at the end of which the buyer will not only have to pay for a new mold that might be used just once, but purchase the part’s minimum order quantity as well, parts that will sit on the shelf collecting dust and accruing further expense for years or even decades.

By contrast, powder-bed, fusion-based metal AM can produce one or a handful of that exact same part in a few days. There’s no tooling investment, no amortization, no inventory, and only minimal downtime. The result? MRO providers can maximize their return on investment while better serving their customers, the air cargo fleets, charter providers, and private corporations that need cost-effective replacement parts in a hurry.

The Question of Quality

But hold on, you’re thinking—what about material certification? What about process validation? How will MRO firms be assured that the 3D-printed parts they’re buying will meet quality requirements? The casting company just mentioned has been certified for decades; their manufacturing processes are both stable and mature. The same is true for the machine shop that supports them, and the metal house that supplies their rod and billet. What assurance can the additive manufacturing industry provide that 3D-printed metal parts are every bit as robust as those produced with conventional, well-understood metalworking processes?

It’s a fair question. And up until the last decade or so, it’s one that would have begged for a better answer. With less than four decades under its belt, additive manufacturing is admittedly the new kid on the block, but especially metal additive, which probably didn't gain widespread respect in the aviation industry until the first production run of the LEAP fuel nozzle in 2014 or so. And since that day, the technology has only improved, in some cases very significantly.

For example, one of the suppliers at last fall’s MRO Europe was a metal powder-bed fusion machine builder named VELO3D out of Campbell, California. Its presence at the show was notable for two reasons. The first is that, out of nearly 500 exhibitors, VELO was the only additive-manufacturing equipment supplier there. This was either a tremendous oversight on the part of VELO’s competitors or a strong indication that the MRO industry may be missing the boat on 3D printing.

The second reason is less apparent. Even if VELO3D hadn’t been the only printer manufacturer at the ExCeL convention center, the company’s technology would have set them apart from the rest. That’s because president Benny Buller and many of his team members come from the semiconductor industry, and have leveraged all they know about chip-making into perhaps the most stable, accurate, measurable and predictable metal printer available.

I won’t go into all the technical details here except to say that VELO3D was founded with the aerospace industry in mind. Its Sapphire printers offer a level of process control not otherwise available in commercial 3D printers, with specific attention paid to laser management, powder deposition, in-process monitoring, and environmental control within the build chamber. Topping it off is a recently-introduced software suite—the Assure Quality Assurance and Control system—that provides flight-level traceability of printer health, part integrity, performance characteristics, and build reporting.

Because of this, VELO3D has eliminated the final objection to the use of 3D printing for MRO replacement parts—the frequent need to redesign them to accommodate metal additive’s unique method of manufacturing. And where metal 3D printing typically requires extensive structures to restrict heat-induced part movement during the build process, VELO3D has largely eliminated this need through its superior technology and monitoring platform. This not only reduces secondary machining costs and associated lead-time, but practically guarantees that the first part will be a qualified part, and avoids the all-too-frequent “back to the drawing board” situation after a failed build. Most important of all, VELO’s Sapphire printers builds better, more structurally sound parts than others in this space.

As I said at the beginning of this discussion, I’m an aerospace consultant and industry advocate. I see tremendous improvement opportunities within the MRO market. My personal takeaway from the show was that the skeptics are holding others back, and that anyone unwilling to embrace such a fundamental shift in manufacturing and the supply chain will soon be at a competitive disadvantage. The companies that believe in this technology, on the other hand—those who understand its importance and are willing to grab hold of it and soar—well, they’re going to leave the naysayers behind.

Keep the old birds flying, and the aerospace industry as a whole on safer financial ground! Additive manufacturing’s time has come.

During his 35 year Aerospace career, TK Kallenbach was successful in leadership positions in aircraft propulsion, mechanical systems, avionics and control electronics with a wide variety of roles including general management, engineering, marketing, product management, M&A/licensing and strategic planning. His education is in Mechanical and Aerospace Engineering with an MBA; both degrees from Arizona State University. 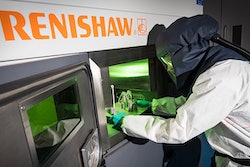 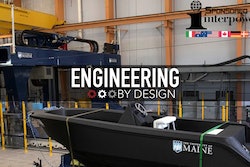 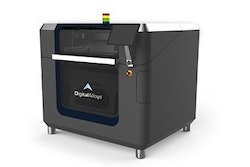