Can Biology Explain the Male/Female Divide in Tech?

Here’s what the research actually says.

Alice H. Eagly
Silicon Valley has been faulted for its ‘brogrammer’ culture, which can be unwelcoming to women.
Zorgnetwerk Nederland, CC BY-NC-ND

It’s no secret that Silicon Valley employs many more men than women in tech jobs. What’s much harder to agree on is why.

The recent anti-diversity memo by a now former Google engineer has pushed this topic into the spotlight. The writer argued there are ways to explain the gender gap in tech that don’t rely on bias and discrimination – specifically, biological sex differences. Setting aside how this assertion would affect questions about how to move toward greater equity in tech fields, how well does his wrap-up represent what researchers know about the science of sex and gender?

As a social scientist who’s been conducting psychological research about sex and gender for almost 50 years, I agree that biological differences between the sexes likely are part of the reason we see fewer women than men in the ranks of Silicon Valley’s tech workers. But the road between biology and employment is long and bumpy, and any causal connection does not rule out the relevance of nonbiological causes. Here’s what the research actually says.

Are Girls Born This Way?

There is no direct causal evidence that biology causes the lack of women in tech jobs. But many, if not most, psychologists do give credence to the general idea that prenatal and early postnatal exposure to hormones such as testosterone and other androgens affect human psychology. In humans, testosterone is ordinarily elevated in males from about weeks eight to 24 of gestation and also during early postnatal development.

Ethical restraints obviously preclude experimenting on human fetuses and babies to understand the effects of this greater exposure of males to testosterone. Instead, researchers have studied individuals exposed to hormonal environments that are abnormal because of unusual genetic conditions or hormonally active drugs prescribed to pregnant women. Such studies have suggested that early androgen exposure does have masculinizing effects on girls’ juvenile play preferences and behavior, aggression, sexual orientation and gender identity and possibly on spatial ability and responsiveness to cues that certain behaviors are culturally female-appropriate.

Early hormonal exposure is only one part of a complex of biological processes that contribute to sexual differentiation. Driven by both direct and roundabout messages from the X and Y chromosomes, the effects of these processes on human psychology are largely unknown, given the early stage of the relevant science.

Other studies inform the nature-nurture question by comparing the behaviors of boys and girls who are so young that socialization has not exerted its full influence.

Early sex differences emerge mainly on broad dimensions of temperament. One such dimension is what psychologists call “surgency”; it’s greater in boys and manifests in motor activity, impulsivity and experiencing pleasure from high-intensity activities. The other dimension is in what we term “effortful control”; it’s greater in girls and emerges in the self-regulatory skills of greater attention span, ability to focus and shift attention and inhibitory control. This aspect of temperament also includes greater perceptual sensitivity and experience of pleasure from low-intensity activities.

This research on temperament does suggest that nature instills some psychological sex differences. But scientists don’t fully understand the pathways from these aspects of child temperament to adult personality and abilities.

Is There a Gender Divide?

Another approach to the women-in-tech question involves comparing the sexes on traits thought most relevant to participation in tech. In this case, it doesn’t matter whether these traits follow from nature or nurture. The usual suspects include mathematical and spatial abilities.

The sex difference in average mathematical ability that once favored males has disappeared in the general U.S. population. There is also a decline in the preponderance of males among the very top scorers on demanding math tests. Yet, males tend to score higher on most tests of spatial abilities, especially tests of mentally rotating three-dimensional objects, and these skills appear to be helpful in STEM fields.

Of course people choose occupations based on their interests as well as their abilities. So the robust and large sex difference on measures of people-oriented versus thing-oriented interests deserves consideration.

Research shows that, in general, women are more interested in people compared with men, who are more interested in things. To the extent that tech occupations are concerned more with things than people, men would on average be more attracted to them. For example, positions such as computer systems engineer and network and database architect require extensive knowledge of electronics, mathematics, engineering principles and telecommunication systems. Success in such work is not as dependent on qualities such as social sensitivity and emotional intelligence as are positions in, for instance, early childhood education and retail sales.

Women and men also differ in their life goals, with women placing a higher priority than men on working with and helping people. Jobs in STEM are in general not viewed as providing much opportunity to satisfy these life goals. But technology does offer specializations that prioritize social and community goals (such as designing healthcare systems) or reward social skills (for instance, optimizing the interaction of people with machines and information). Such positions may, on average, be relatively appealing to women. More generally, women’s overall superiority on readingand writing as well as social skillswould advantage them in many occupations.

Virtually all sex differences consist of overlapping distributions of women and men. For example, despite the quite large sex difference in average height, some women are taller than most men and some men are shorter than most women. Although psychological sex differences are statistically smaller than this height difference, some of the differences most relevant to tech are substantial, particularly interest in people versus things and spatial ability in mental rotations.

What Are the Causes?

Given the absence of clear-cut evidence that tech-relevant abilities and interests flow mainly from biology, there’s plenty of room to consider socialization and gender stereotyping.

Because humans are born undeveloped, parents and others provide extensive socialization, generally intended to promote personality traits and skills they think will help offspring in their future adult roles. To the extent that women and men have different adult lives, caregivers tend to promote sex-typical activities and interests in children – dolls for girls, toy trucks for boys. Conventional socialization can set children on the route to conventional career choices.

Even very young children form gender stereotypes as they observe women and men enacting their society’s division of labor. They automatically learn about gender from what they see adults doing in the home and at work. Eventually, to explain the differences they see in what men and women do and how they do it, children draw the conclusion that the sexes to some extent have different underlying traits. Divided labor thus conveys the message that males and females have different attributes.

These gender stereotypes usually include beliefs that women excel in qualities such as warmth and concern for others, which psychologists label as communal. Stereotypes also suggest men have higher levels of qualities such as assertiveness and dominance, which psychologists label as agentic. These stereotypes are sharedin cultures and shape individuals’ gender identities as well as societal norms about appropriate female and male behaviors.

Gender stereotypes set the stage for prejudice and discrimination directed toward those who deviate from gender norms. If, for example, people accept the stereotype that women are warm and emotional but not tough and rational, gatekeepers may close out women from many engineering and tech jobs, even those women who are atypical of their sex. In addition, women talented in tech may falter if they themselves internalize societal stereotypes about women’s inferiority in tech-relevant attributes. Also, women’s anxiety that they may confirm these negative stereotypes can lower their actual performance.

It’s therefore not surprising that research provides evidence that women generallyhave to meet a higher standard to attain jobs and recognition in fields that are culturally masculine and dominated by men. However, there is some recent evidence of preferential hiring of women in STEM at U.S. research-intensive institutions. Qualified women who apply for such positions have a better chance of being interviewed and receiving offers than do male job candidates. Experimental simulation of hiring of STEM faculty yielded similar findings.

Many pundits make the mistake of assuming that scientific evidence favoring sociocultural causes for the dearth of women in tech invalidates biological causes, or vice versa. These assumptions are far too simplistic because most complex human behaviors reflect some mix of nature and nurture.

And the discourse is further compromised as the debate becomesmore politicized. Arguing for sociocultural causes seems the more progressive and politically correct stance today. Arguing for biological causes seems the more conservative and reactionary position. Fighting ideological wars distracts from figuring out what changes in organizational practices and cultures would foster the inclusion of women in tech and in the scientific workforce in general.

Politicizing such debates threatens scientific progress and doesn’t help unravel what a fair and diverse organization is and how to create one. Unfortunately, well-meaning efforts of organizations to promote diversity and inclusion can be ineffective, often because they are too coercive and restrictive of managers’ autonomy. The outrage in James Damore’s manifesto suggests that Google might want to take a close look at its diversity initiatives.

At any rate, neither nature-oriented nor nurture-oriented science can fully account for the underrepresentation of women in tech jobs. A coherent and open-minded stance acknowledges the possibility of both biological and social influences on career interests and competencies.

Regardless of whether nature or nurture is more powerful for explaining the lack of women in tech careers, people should guard against acting on the assumption of a gender binary. It makes more sense to treat individuals of both sexes as located somewhere on a continuum of masculine and feminine interests and abilities. Treating people as individuals rather than merely stereotyping them as male or female is difficult, given how quickly our automatic stereotypes kick in. But working toward this goal would foster equity and diversity in tech and other sectors of the economy. 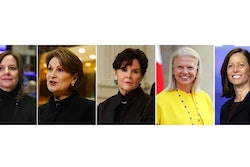