Why are we dragging our feet when more automation in health care will save lives?

As a neonatologist, I worry about patients with pulmonary hypertension. This unforgiving disease, sometimes seen after premature birth, can end with sudden death from constricting blood vessels in the lungs.

One minute a baby in the neonatal ICU may be sleeping comfortably; moments later, doctors and nurses are giving chest compressions and rescue medications.

A pulmonary hypertension crisis, as these frightening episodes are called, starts with a drop in the blood oxygen level. That drop triggers a monitor to beep. It’s up to the nurse to hear the sound, come to the bedside and take action.

The first and most effective step in stopping a pulmonary hypertension crisis is simple: Give oxygen. But a nurse caring for another patient might be delayed for 30 seconds, and the loss of that time can lead to brain injury or death.

In an age of self-driving cars and 400-ton airplanes that can land themselves in blinding fog, it makes no sense that hospitalized patients are surrounded by lifesaving machinery that can be activated only by a person pressing a button or turning a knob.

My patients with pulmonary hypertension are often attached to a respirator with adjustable oxygen settings. The respirator sits inches below the monitor that indicates how much oxygen is in the blood. But the two machines can’t communicate with each other. If they could, it would be possible to increase the flow of oxygen automatically the moment a crisis is detected.

In 2009, engineers developed just this kind of closed-loop respirator and introduced it in several hospitals as part of a feasibility study. It increased the time premature babies spent at a safe oxygen level by more than two hours per day. But no biotechnology company has marketed the idea.

There are other examples of automated systems with unrealized potential to save lives, and not just in the neonatal ICU. Software that scans an ECG for subtle heartbeat variability can identify patterns – undetectable to the human eye – that indicate an elevated risk of heart attack. Hospital beds that play audible feedback during an emergency promote more effective CPR. Yet patients are not benefiting because neither of these tools has been commercialized.

Why haven’t these innovations attracted the industry backing necessary to make them widely available?

One reason is that the process of getting FDA approval for new devices – particularly those deemed “life-sustaining” – is often even more complicated and expensive than getting approval for drugs. In the Journal of Public Economics, Harvard Business School professor Ariel Dora Stern recently described how FDA hurdles discourage companies from investing in innovation.

Often, the more profitable strategy is to wait for someone else to spend the time and money required to get approval for a new device, and then enter the market later with something similar that will face less scrutiny. Dr. Stern estimates that regulatory obstacles add an average of US$6.7 million to the cost of introducing a new medical device. For a company developing an ICU monitor, for instance, that will ultimately sell for less than $35,000 per unit, this up-front commitment can be prohibitive.

A consequence is that small biotechnology firms (with annual revenue less than $500 million) rarely gamble on getting new inventions approved. Dr. Stern’s paper notes that less than 17 percent of novel device applications to the FDA come from small companies. This is different from new drug applications, the majority of which originate at smaller firms.

What’s behind this discrepancy? Research has shown that while companies pay a steep price for pioneering new medical devices, the first firm to market a new type of drug often gets favorable treatment from the FDA. This raises the incentive for pharmaceutical startups to pursue innovation. In contrast, when it comes to medical devices, the current system discourages all but the biggest players from entering the arena.

And even when a new device has been approved, there is no strong impetus for hospitals and clinics to buy in. Even if they can afford upgrades, medical sites are free to use older equipment, with fewer safety mechanisms, long after improved versions become available.

In contrast, a variety of government initiatives prod transportation companies to modernize. For example, the Federal Aviation Administration offers rebates to aircraft owners to offset the cost of advanced navigation technology that prevents midair collisions. The Federal Rail Administration is overseeing mandatory, nationwide installation of a GPS-based system to slow down speeding trains automatically.

There is an opportunity here – beyond the messy Obamacare debate – for the White House and congressional Republicans to stimulate economic growth in the biomedical sector while improving patient safety. Streamlining the approval process for new devices and offering financial incentives for early adopters would not threaten anti-regulatory groups, and would allow the new administration to claim progress in health care.

President Trump has expressed interest in expediting pharmaceutical approvals, something FDA commissioner nominee Scott Gottlieb also supports. But most drugs help only a small segment of the population.

The president and Dr. Gottlieb should commit to advancing commonsense technology that makes health care better for all.

I’m not suggesting that machines should take over for health professionals. As in the manufacturing industry, the medical field is experiencing mounting anxiety about job displacement. There are many perceived threats, from artificial intelligence X-ray interpretation to robot nurses.

Those things might become commonplace, but they will never supplant the human relationships and insights at the core of medical practice. Neither will the kinds of safety innovations I’m recommending. With help from our leaders, physicians can take better care of patients by bringing more automation into our wards and offices.

This article was originally published on The Conversation. Read the original article here: http://theconversation.com/why-are-we-dragging-our-feet-when-more-automation-in-health-care-will-save-lives-75591. 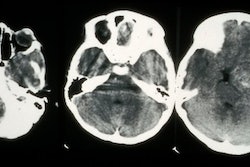 Man, Machine Can Work Together on Diagnoses 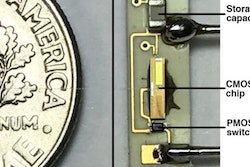 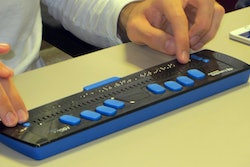 TV for the Deaf & Blind