Datsun Again on the Chopping Block

Nissan is expected to scrap the revived brand amid a broad restructuring effort.

Back in 2012, then-Nissan CEO Carlos Ghosn announced that the automaker would revive its Datsun brand more than 25 years after the iconic Japanese brand was originally phased out. Although you could still find the odd Datsun on U.S. roads, Ghosn wanted the name for a new line of low-cost vehicles targeting emerging markets — part of a larger goal of raising Nissan’s overall share of the global car market.

As a result, Nissan’s new leadership is apparently planning to scrap the Datsun brand once again. Two company officials told Reuters that the brand would likely be a casualty of a broad recovery plan that would reverse Ghosn's expansion ambitions. The automaker is expected to cut production in many markets and abandon some versions of the Titan pickup.

Plants in the countries originally targeted by the Datsun revival, the officials said, would likely be hit hardest as Nissan focuses on China and the U.S. The new Datsuns, Reuters noted, are made in Indonesia, India and Russia.

The overall restructuring plan will likely be presented before the end of the month, although some final details are reportedly still being worked out. 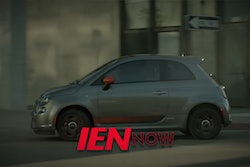