An engineer in California has been arrested for allegedly trying to poison a co-worker.

David Xu is a 32-year-old senior materials engineer at Berkeley Engineering and Research. This week, Xu was arrested for attempted murder after security footage caught him allegedly lacing a co-worker's water bottle with cadmium.

After an investigation, authorities found that he had been trying to poison a female colleague for more than a year. Xu was also charged with felony poisoning as well as inflicting great bodily injury.

According to court documents, the female co-worker, a materials scientist and mechanical engineer, noticed a “strange taste and smell from her water and food” that was left unattended in her office.

She not only became ill, but two relatives who also drank from her water bottle became sick as well. Subsequent water samples tested positive for cadmium.

Blood samples from the woman and her relatives included "elevated levels of cadmium,” which can lead to cancer or death. The co-worker is still recovering and a motive has not been revealed.

Xu has worked at Berkeley Engineering and Research (Bear) since 2009. According to the company's website, it company expert witness services, litigation support, forensic engineering, and design services.

Xu ran a materials and metallurgy laboratory at BEAR. On his LinkedIn page, Xu says the he previously served as an engineering expert witness and consultant in materials and chemicals.

The case is similar to that of Klaus O., who was recently sentenced to life in prison for poisoning co-worker's food at ARI Armaturen in Germany. 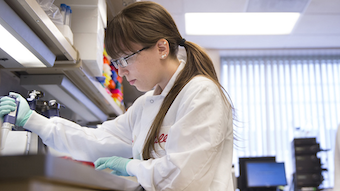 The automaker said it would build two electric vehicle battery factories in North America.
May 24th, 2022
Follow Us
Most Recent