Worker Gets Life in Prison for Poisoning Coworkers

He poisoned food in the break room to watch employees physically deteriorate.

In May 2018, a 56-year-old employee at ARI Armaturen in Germany was arrested after 21 of his coworkers had died from suspicious circumstances.

A man identified as Klaus O. was arrested after a 26-year-old colleague discovered an unidentified white powder on his sandwich and notified his superior.

Last Thursday, Klaus O. received a life sentence for lacing sandwiches in the break room with lead, mercury and cadmium. One 23-year-old trainee was in a coma and suffered permanent brain damage after ingesting mercury and two other victim, aged 27 and 67, have suffered serious kidney damage and now face a higher risk of cancer.

Now 57-years-old, Klaus was found guilty of attempted murder and received the maximum possible sentence. His full name was not released due to German privacy laws.

According to reports, authorities found a substance that the judge described as "more dangerous than all combat agents used in World War II."

Klaus didn't speak during the trial and has remained silent in regard to his motive. According to prosecutors, the married father of two wanted to watch his colleagues physically deteriorate.

Because of the seriousness of the case, the judge ordered that Klaus must remain in prison after he serves his 15-year life sentence (standard in Germany) because he remains a threat to the public.

Klaus plans to appeal the decision. 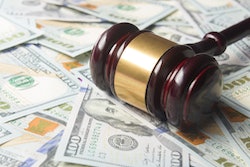 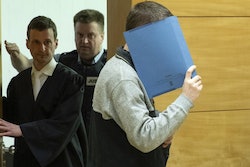 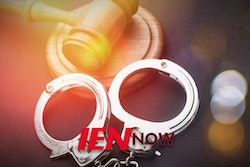