Apparently, some of the engineers are reluctant to move to the Midwest.

The president said the manufacturing site would be the “8th Wonder of the World” and the state rejoiced as the Taiwanese company, and Apple supplier, pledged to invest up to $10 billion in the venture and employ 13,000. At the time, the company was promised nearly $4 billion in incentives - $3 billion from the state, and $764 million from other local authorities.

Despite holding five job fairs across the state in October and early November and an accessible career center with 289 current openings, Foxconn is considering importing Chinese workers to Wisconsin.

According to a report in the Wall Street Journal, the company is struggling to find engineers and other employees in one of the nation's tightest labor markets. The unemployment rate in Wisconsin was at 3% in September, below the national average of 3.7%. As a result, the company is allegedly trying to transfer Chinese engineers to supplement staffing problems at the liquid-crystal display panel plant.

Most of the incentives promised to Foxconn are performance based, so the company has to hit specific targets to receive a bulk of the benefits. However, as we saw with Remington Outdoor in Hunstville, AL this week, it is possible that Foxconn could get an extension. In Huntsville, the city council gave Remington Outdoor an additional three years to hit job quotas even though the company is about 230 workers short of it's goal of 680. After all, the state and local authorities invested $69 million in the plant in 2014.

The problem may be twofold for Foxconn as some engineers are reportedly reluctant to move to Wisconsin. According to the report, the state isn’t as popular as California and New York and one unnamed engineer even said that he was worried about the winters.

Foxconn did respond to the WSJ report, denying the claim and calling it categorically untrue. 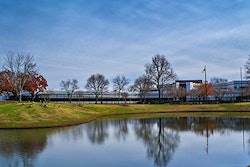 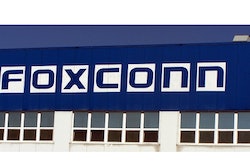