Samsung Manufacturing is Coming to America

Samsung is bringing 500 jobs to the U.S. from Mexico.

According to a report in the Wall Street Journal, Samsung Electronics will invest $300 million to expand its U.S. production facilities.

We heard in February that the company was thinking about building an appliance factory in the U.S., though some were concerned that the company may have been spooked by President Donald Trump's tweet trying to win their business.

Apparently, Samsung didn't feel too "pressured" and could bring as many as 500 jobs to the five states currently wooing the South Korean company: Alabama, Georgia, Ohio, North Carolina, and South Carolina.

A Samsung spokesperson confirmed that the new facility will make home appliances, and said that the company has been reviewing manufacturing operations since "early last fall." The initial plan is to shift some production of oven ranges to the U.S. from Mexico, though no final decisions have been made.

According to the report, Samsung's decision was influenced by President Trump's campaign to create more manufacturing jobs in the U.S., as well as his threats of potential penalties for companies not making goods in the United States. 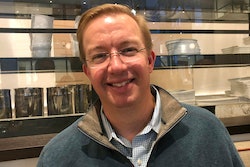