An ABB Employee is Missing... Along with $100 Million

ABB suspects that this individual was colluding with many, including people outside of the company, to execute this massive fraud.

A multi-billion-dollar company is reeling this week, after an incident its CEO is calling “shocking.”

The Swiss-based company is ABB, a familiar name in the industrial sector based on its automation and robotics technologies, and the situation in question is strange: the company reported Wednesday that one of its senior employees at a South Korea subsidiary is missing, but that’s not all – something in the $100 million-dollar range is missing as well.

The unnamed employee has allegedly been AWOL since February 7th and the absent money is the result of what the company refers to as a “sophisticated criminal scheme.” Though it’s apparently limited to the South Korean unit, it may involve more than just this one missing employee – ABB suspects that this individual was colluding with many, including people outside of the company, to execute this massive fraud.

Since ABB is a publicly traded the company, the business’s dirty laundry is quite public. ABB has assigned a pre-tax charge of about $100m to its previously reported 2016 results, in accounting for the debacle, and also said this may delay its 2016 annual report.

The Financial Times describes the incident as a major blow to CEO Ulrich Spiesshofer, whose been under tremendous pressure to grow the company after a slowdown in sales over the past few years. And one other thing – while this incident might be specific to South Korea, it’s not ABB’s first grapple with corruption. Not even their first this month. That’s right, the Serious Fraud Office has commenced an investigation into the UK subsidiaries of ABB, alleging “improper payments” – i.e. bribery. This was reported by the Telegraph less than two weeks ago, and ABB is said to be cooperating fully with authorities. 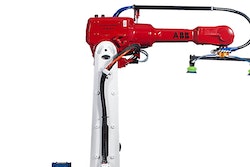