The MK 41 VLS is the only launching system capable of launching anti-air, anti-submarine, surface-to-surface and strike missiles and can receive orders from multiple weapon control systems.

Last week, Lockheed Martin and the U.S. Navy cut the ribbon at an unveiling of the upgraded MK 41 Vertical Launching System (VLS) production line at its Middle River, Maryland facility.

The ribbon fell to a floor that supports more than 150 highly skilled jobs thanks in part to a 2014 Navy contract $235.3 million.

The MK 41 VLS is the international launcher of choice for surface ships. It is the only launching system capable of launching anti-air, anti-submarine, surface-to-surface and strike missiles and can receive orders from multiple weapon control systems to handle every warfighting mission.

It fires a wide range of missiles, primarily off of U.S. Navy cruisers and destroyers. Since the first launcher rolled off of the production line in 1984, the systems have been combat proven with more than 3,850 successful firings worldwide and a more than 99 percent success rate. 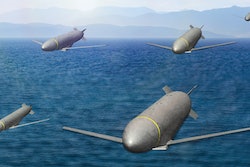 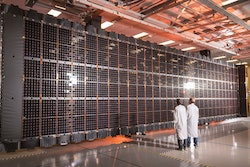 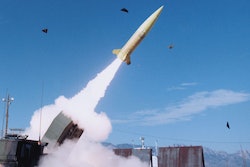 Lockheed Gets $161M for Missiles