Canadian Pacific and Canadian National are battling for the highest bid. 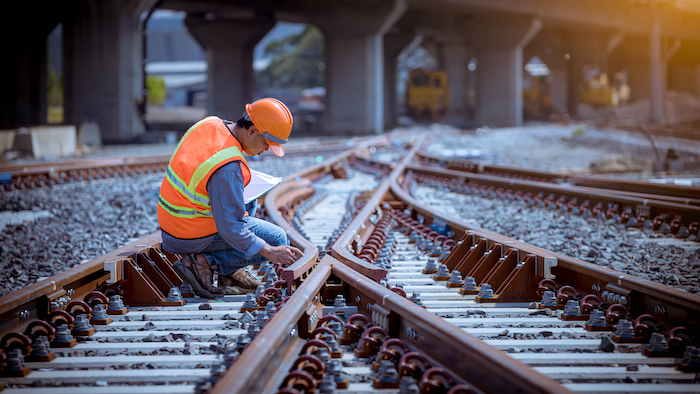 The new offer from Canadian Pacific will give Kansas City Southern shareholders more to think about before they vote on the CN deal on Aug. 19.
iStock

Still, the new offer from Canadian Pacific will give Kansas City Southern shareholders more to think about before they vote on the CN deal on Aug. 19. Investors are also still waiting to hear whether the U.S. Surface Transportation Board will approve a key part of CN's plan to acquire Kansas City Southern, and that decision could come any day.

Kansas City Southern is attractive to both Canadian railroads because it controls critical cross-border routes into Mexico, so either deal would capitalize on expanding trade across North America. And the fact that KCS is the smallest of the major U.S. railroads also makes a deal more likely to be approved by regulators who remain wary of signing off on any mergers involving one of the biggest railroads.

Canadian National, based in Montreal, Quebec, looked as though it would take ownership of Kansas City Southern with a $33.6 billion takeover bid in May when Canadian Pacific, almost 3,700 kilometers (2,281 miles) to the west in Calgary, Alberta, refused to increase its own $25 billion bid. Canadian Pacific has urged shareholders of Kansas City Southern to reject the higher bid from Canadian National because, it says, it faces a tougher antitrust fight with regulators who will also consider the potential for increased rail congestion around Chicago.

On Tuesday Canadian Pacific said its new proposal now has terms similar to those in Canadian National’s offer but that its bid provides “significantly higher regulatory certainty.”

CP CEO Keith Creel said he believes his railroad’s offer is superior, even though it is lower, because it is more likely to get approved.

“If it’s not achievable, if you can’t get the deal approved, how does the shareholder ever realize the value?” Creel said. “So you can promise the sun and the moon and the stars. But if you don’t have deal certainty and if you’ve got bad facts that drive that deal certainty, it’s fraught with risk.”

“They definitely made it a little bit more of a difficult decision,” Edward Jones analyst Jeff Windau said.

Regulators at the federal Surface Transportation Board are still considering whether to approve Canadian National’s plan to set up a voting trust that would acquire Kansas City Southern and hold the railroad during the STB’s lengthy review of the overall deal. Failure to get that key approval would likely derail the deal.

The Surface Transportation Board said Tuesday that it expects to issue its decision by Aug. 31.

If CN’s voting trust is approved, KCS shareholders would get paid before the STB embarks on its full review. CN’s bid for Kansas City Southern includes $200 cash and 1.129 shares of its stock for every KCS share.

Regulators have already approved Canadian Pacific’s plan to use a voting trust if KCS agrees to move forward with CP, giving that deal a clearer path to move forward.

But Canadian National officials said Tuesday they believe their offer to acquire Kansas City Southern remains superior and they are confident that regulators will approve their voting trust.

It’s not clear how the Surface Transportation Board will rule because its current merger rules haven’t been tested. The new rules were adopted after a series of service problems snarled shipments and the industry was left with six huge players in North America after several railroad mergers in the 1990s.

Regulators have said that any deal involving one of the nation’s six largest railroads needs to enhance competition and serve the public interest to get approved. The board has also said it would consider whether any deal would destabilize the industry and prompt additional mergers.

The STB initially rejected Canadian National's voting trust plan in May on a technicality, but in their decision regulators also questioned whether the level of debt Canadian National plans to take on to buy Kansas City Southern would undermine the financial stability of the railroad. Canadian National has said it believes it would remain financially sound after the deal and it would pay down the debt quickly because it has suspended stock repurchases.

Canadian Pacific has argued that allowing CN to buy Kansas City Southern would hurt competition across much of the central United States because those railroads operate parallel rail lines that connect the Gulf Coast to the Midwest. CP officials have also said that CN’s plan would add to rail congestion in the Chicago area, and it would likely inspire other railroads to attempt mergers.

Canadian National has said it believes it can address the competitive concerns through its operating plan and by selling 70 miles (113 kilometers) of track between New Orleans and Baton Rouge, Louisiana, where Kansas City Southern’s network directly overlaps with CN’s tracks. Canadian National said that after the merger it would also maintain its connections with other railroads to allow customers to ship goods using a combination of different railroads if they choose to.

Kansas City Southern said Tuesday that its board will review the new proposal from CP and respond later.

Shares of Kansas City Southern jumped nearly 7.5% to $289.75 Tuesday while shares of Canadian National and Canadian Pacific both slipped.