Asking college students to work for free is problematic. 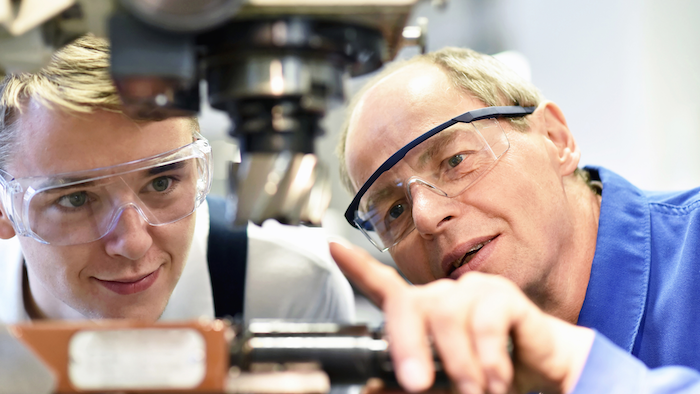 Unpaid internships are often seen as an important rite of passage for college students. And with good reason. Studies have found that students acquire new skills and networks that enhance their job prospects.

In the years just after graduating from college, students who have an internship are 15% less likely to be unemployed and earn 6% more than students who did not. Simply put, an internship is widely viewed as a “must-have” experience for college students.

However, as researchers who study how students transition from college and into the workforce, we note that it is clear that asking college students to work for free is problematic. We believe the value of unpaid internships is even more questionable due to the economic challenges associated with the COVID-19 pandemic.

Besides the legal and ethical questions of not paying people for their work, unpaid internships also favor students from affluent families. The reason is that they can afford to forgo a paycheck and the high cost of living in big cities such as New York and Washington, D.C., where many internships are located.

For some observers, like the legal scholar Jessica Curiale, unpaid internships have effectively created a “class divide.” This divide is due to the fact that low- and middle-income students often cannot afford to pursue unpaid internships, which adds to the challenges these students already face in graduating and gaining access to well-paying jobs.

But during a pandemic marked by an economy with continuing uncertainties and layoffs, these longstanding problems are even worse. Consider that students today must deal with the constant stress of a deadly virus. They also must face isolation wrought by constantly changing campus policies and online coursework.

On top of that, they must figure out how to pay for their grocery, rent and tuition bills.

Making matters worse is the fact that many students will soon be graduating into an economy with high unemployment, which historically is linked to lowered prospects for earnings, advancement and future employment.

These problems are leading some students to worry whether their hard work and loans will result in not just their dream job, but any job.

Should the COVID-19 pandemic represent the end of unpaid internships? And if the answer is yes, then can government, employers and philanthropists fully fund all internships for students in college?

Some unpaid internships are technically legal if they are primarily an educational experience. But based on current conditions, we contend that the very notion of unpaid work is indefensible.

It could be that those postings simply lacked information about compensation in job descriptions. However, data from our national College Internship Study indicate that unpaid internships are prevalent. In our survey of 3,809 students at 13 schools, 43% of the student interns had an internship that was unpaid.

Research on unpaid internships also shows that these positions tend to be concentrated in certain majors and jobs. A University of Georgia study found that political science, journalism and human development majors were more likely to pursue unpaid internships than their counterparts in business or agricultural programs.

In our own research, we found that 76% of unpaid interns are women and that 55% intern at nonprofits.

Below we propose three ways to make paid internships more plentiful and available to all students.

As the nation’s largest employer and host to legions of interns in Washington, D.C., the federal government is in a unique position to send a message to employers across the nation that interns must be paid for their work.

This is precisely what U.S. Rep. Alexandria Ocasio-Cortez, a Democrat from New York, intended when she announced in 2018 that all interns in her office would be paid US$15 an hour. The cause has since been taken up by other Capitol Hill offices and Pay Our Interns, a nonprofit that is seeking to increase paid internships.

To begin funding these government positions, Congress and the Biden administration could allocate funding in upcoming stimulus packages for college students to work as paid interns in federal, state and local government offices. Efforts should be made to find other sources of funding to pay interns over the long term.

Creating tax breaks and grant programs is especially important because many potential hosts of interns, especially small businesses and nonprofits, struggle to allocate staff time or resources to adequately support them, whether or not they’re paid.

With many state and local government budgets drained by the COVID-19 pandemic, federal funding may be required to allow state governments to convert unpaid positions in state agencies into paid internships.

Nonprofits regularly bring unpaid interns on board for weeks or months at a time. Many nonprofits have also been hit particularly hard during the pandemic.

Funding paid internships at nonprofits would help them weather increased demand for their services, while also reducing the overall number of unpaid positions.

As the COVID-19 pandemic continues to worsen inequality in society, ending the use of unpaid interns is one way to help turn things around.

This article is republished from The Conversation under a Creative Commons license. Read the original article here: https://theconversation.com/covid-19-shows-why-its-time-to-finally-end-unpaid-college-internships-152797.