General Dynamics Gets $1.2B Army Contract

The initial order calls for 28 Stryker vehicles for $230 million. 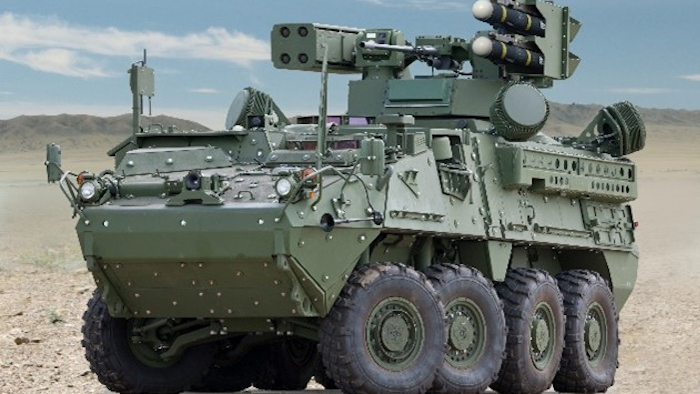 The IM-SHORAD is designed to counter threats from Unmanned Aerial Systems (UAS) and a multitude of other rotary and fixed wing aircraft.

The IM-SHORAD is designed to counter threats from Unmanned Aerial Systems (UAS) and a multitude of other Rotary and Fixed Wing aircraft, and provides a common Army platform that is cost-effective, highly mobile, survivable, sustainable and transportable.

Stryker continues to be a highly sought platform beyond the Stryker Brigade Combat Team formations.

Work locations and funding will be determined with each order, with an estimated completion date of September, 30, 2025. GD Land Systems has production locations in Tallahassee, Florida; Scranton, Pennsylvania; London, Ontario; Lima, Ohio; and Anniston, Alabama.

“General Dynamics and our teammates Leonardo DRS and Raytheon are pleased to be able to partner with the Army to bring this powerful capability to U.S. Soldiers,” said Don Kotchman, Vice President and General Manager of GD Land Systems.  “This dedicated SHORAD capability adds a new operational dimension to the Stryker fleet in all of the Army’s maneuver formations.”