The company is buying smaller companies to stay competitive. 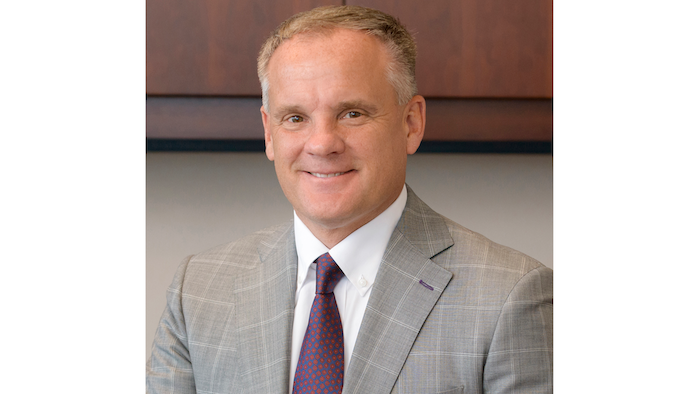 In this undated photo provided by Dana Incorporated, Jim Kamsickas, Chairman and CEO of Dana Incorporated poses for a photo. Kamsickas spoke with The Associated Press about when electric vehicles will transport us all, how he’s managing the change, the impact of the coronavirus, and the controversy over government fuel economy standards.
Bruce Works/Photo Works, Inc. via AP

TOLEDO, Ohio (AP) — At auto parts maker Dana Inc., CEO Jim Kamsickas is like everyone else in the business, trying to manage competing needs for spending on electric vehicles of the future while keeping business associated with the internal combustion engine.

So far the Toledo, Ohio-based company has taken steps to make the transition largely by purchasing smaller firms with expertise in electric propulsion systems and the software to control them.

Since Kamsickas joined Dana in 2015, the company has bought 11 smaller companies, seven of them in electric vehicles. He’s trying to change the maker of axles, gears and transmissions for petroleum-powered vehicles so it can compete now and in the future.

Kamsickas spoke with The Associated Press about when electric vehicles will transport us all as well as the impact of the coronavirus outbreak in China. Questions and answers have been edited for length and clarity.

Q: How long will it be until battery-powered vehicles replace those powered by the internal combustion engine?

A: That’s the million-dollar question that everybody doesn’t have the answer for. Every market is going to be different, every region is going to be different. The bus market in China was kind of a first mover. We have something to the effect of 18,000 buses on the road right now with full Dana electric powertrain systems over there. Material forklifts have been electric forever. A lot of people will call the next big area, if it’s not small passenger cars, it would be last-mile delivery-type trucks. Because of the inner city, the emissions issues, not to mention that you only need X amount of charge to go eight hours. You don’t have to have this big infrastructure. I can’t tell you passenger cars are going to all be electric by 2030. They’re all going to come in chunks. They’re all going to be different by market.

Q: Last month Dana announced a collaboration with Kenworth on an electric powertrain for medium-duty delivery and short-haul trucks. Do you think we’ll see electric vehicles on the road in commercial uses first?

A: In commercial vehicles, it’s that last-mile drive. Usually that’s the medium-duty segment. That’s coming faster because that’s where the demand goes. It’s right now. If there’s enough movement because people are into no emissions, if they’re into ESG (Environmental, Social, and Governance investing), if they’re into sustainability, all of the key things that everybody is more focused on, especially in inner cities, there is going to be more demand. All these trucks that typically have more emissions than a standard passenger car, likely there’s going to be more focus on getting those corrected. If the companies believe they need to make sure that they set the right tone for those customers, they’d better have trucks that say “green” on the side. If Pepsi says something about green and Coca-Cola doesn’t, or vice versa, there might just be a demand for the company that’s more green. Ultimately everything comes down to total cost of ownership. With battery costs getting lower overall, there’s more volume coming up, which gives more scale. It’s making the cost of the vehicle, because you don’t have the cost of petrol, it’s starting to bring that down into a total cost level where it’s going to make more sense in that segment.

Q: Are you worried that the demand won’t be there for electric vehicles and the returns won’t come for a long time?

A: There is no chance in the world that all these really smart OEMs (original equipment manufacturers) that are pushing all of this money into electrification don’t have the demand there. People are going to make money, and they’re going to be able to monetize that investment. I’m bullish on it. I think it’ll come faster rather than slower. Electrification is a smaller portion of our overall investment because we got the assets, I believe, at the right time. We’re only essentially deploying our capital as the programs pull through.

Q: The coronavirus outbreak in China keeps getting worse. What impact will it have on Dana and the auto industry as a whole?

A: Only 5% of our business is in China. The larger issue for ourselves and a lot of other parts suppliers and OEMs is the global supply chain. Up to this point we haven’t had any issues. All in, I think everybody’s finding a way to navigate through it. I look back on my 30-plus year career in the mobility parts business, the OEMs in particular, but also the tier ones (larger parts companies) such as Dana have gotten so sophisticated in terms of contingency planning, coming up with solutions. In the whole scheme of things, given what’s going on, you’d have a lot bigger issues if people didn’t have advance planning. There are backup plans. I’m not saying it's going to be perfect, but I’m pretty optimistic that people are finding a way. We haven’t had any issues where we have had to interrupt any production at this point, and we have 149 facilities globally. Our primary focus remains the safety of our people. We have put restrictions on travel, asked employees at select locations capable of working from home to do so, and canceled employee meetings and supplier visits in impacted areas.

Q: Will the fight over the Trump administration’s efforts to back off on federal fuel economy requirements help or hurt your company?

A: I would say it’s a net neutral for us. If the customers come to us and it’s in the light vehicle market for a pickup truck or SUV, or it’s a forklift or whatever, we like to keep it simple. We call it energy-source agnostic products. We have it essentially on the shelf. If you’re the OEM and you come to us and say I want to go full electric because I need to get to where I need to get on CAFE (corporate average fuel economy standards), we can go there. If it’s still OK relative to their average on CAFE, the internal combustion engine, we’ve got the product portfolio. We’ve taken ourselves out of the scenario of only being a one-trick pony.