Bikes are meant to thrill. Also a supersonic airliner and a robot singer/songwriter preps for album tour.

Shimon is a singer/songwriter robot created by Georgia Tech researchers. Shimon plays the marimba, writes lyrics with human collaborators, and has the voice of an angel.

The team (or band) recently recorded a 10-song album and will hit the road on tour -- a diverse slate of logistical issues in store for the roadies.

Shimon was created by Georgia Tech Professor Gil Weinberg. Weinberg gives Shimon a theme and then the robot uses AI to compose the lyrics. Weinberg then creates the melodies.

In a way, Shimon is classically trained, learning from datasets of 50,000 lyrics from jazz, prog rock, and hip-hop. The robot uses deep learning to generate its own words that it actually sings. A team from Pompeu Fabra University in Barcelona used machine learning to create its voice, which is based on hundreds of songs.

Recently, Shimon has added some new hardware to interact with its bandmates and have more of a stage presence. That includes a mouth, new eyebrows, and new head movements designed to help convey emotion.

The band released its first single, "Into Your Mind," from the upcoming album "Shimon Sings," scheduled to be released 4/10/2020. It features lyrics like, "Shades of delight, rich as a book before night." I've heard worse.

Weinberg hopes the tour shows can become more than a novelty act, but is it okay if I come to see it anyways. I'm just wondering where we're at with an OK Go collaboration, really seems to be in their wheelhouse.

Founded in 2014, Boom Supersonic has spent the last six years with a team of 140 employees creating an aircraft they promise to be the fastest commercial airliner in history.

Boom is now assembling the XB-1, a Mach-2.2 supersonic demonstrator aircraft that's a one-third scale airplane of Overture, the commercial plane that will seat 55-75 people and be capable of flying 1,688 mph.

The company is not only trying to launch a supersonic airliner, but it's the first OEM in commercial aviation to commit to a fully carbon-neutral aircraft test program.

According to Boom, the XB-1 test program will use sustainable aviation fuels and carbon offsetting to achieve carbon-neutral status. The XB-1 demonstrator will prove out key technologies for safe, efficient, and sustainable travel at supersonic speeds.

In June 2019, Boom partnered with Prometheus Fuels to supply carbon-neutral jet fuel. Prometheus removes CO2 from the air and uses solar and wind power to turn it into jet fuel.

Boom's XB-1 is almost ready to fly, and when it does, it will be the first independently-developed civil supersonic aircraft in history.

Boom says that fares on the Overture will be similar to long-haul business-class flights. The planes will cost about $200 million, plus options and interior, but the company already has pre-orders from Virgin Group and Japan Airlines.

Joseph Robinson has been sketching cars for as long as he can remember. However, one of Robinson's latest projects is a new electric motorcycle concept.

According to Robinson, electrification shouldn't be limited to cars, and while we've seen motorcycles electrified for economic reasons, Robinson stresses that bikes are vehicles of pure thrill. The instantaneous, but smooth acceleration that electric power promises could be ideal in city traffic or on canyon rides.

So, Robinson designed the Z motorcycle, which fits a large 30 kW/h battery into the slim frame in a way that is easily swapped out.

The design includes foldaway handlebars and footpegs, as well as a telescopic strut.

The Z shape on the side of the bike is also a screen that could display graphics, anything from charging status to turn signals or a tachometer.

I put it somewhere behind the Curtiss motorcycles and even Harley's LiveWire, if anything, because they're closer to the market. (They're real. )

The Z motorcycle has its skeptics, particularly when it comes to the front and rear suspension and steering.

What's most impressive is that Robinson is still a student at ArtCenter College of Design for Transportation Design. You can follow him on Instagram to see some of his promising work, and I look forward to seeing what he comes up with in future designs. 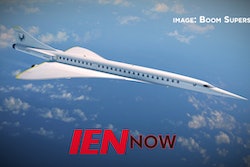 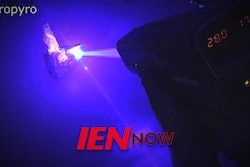