The raffle is for the luxurious presidential jet that the country's President has tried unsuccessfully to sell for over a year. 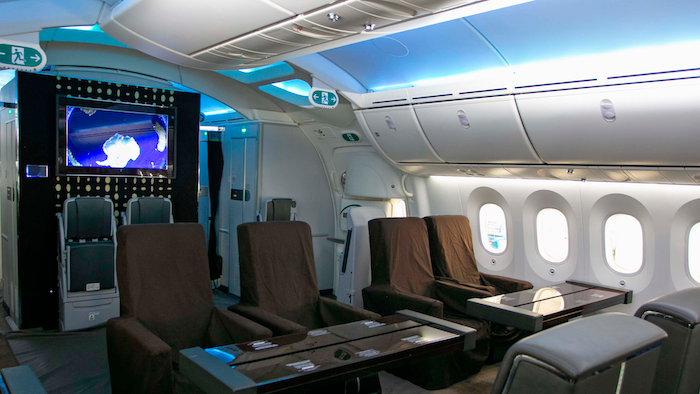 MEXICO CITY (AP) — Mexico's president said Thursday that 75 of the country's business leaders have committed tens of millions of dollars for a symbolic raffle of the luxurious presidential jet that he has tried unsuccessfully to sell for over a year.

Andrés Manuel López Obrador said the participation by many of Mexico's wealthiest, including telecom magnate Carlos Slim; Emilio Azcárraga, president of the media giant Televisa; and Daniel Servitje, head of food multinational Grupo Bimbo, signals that the private sector is on board with the president's mission to end the luxuries enjoyed by previous governments.

"It is a sobering act ... so that never again does someone dare to offend the Mexican people in this manner, that those excesses come to an end," López Obrador said

After a Wednesday evening dinner with some of the most important private sector leaders in the country, López Obrador said he collected commitments to purchase some $80 million worth of tickets, about half the number to be issued for the raffle.

The president has long vowed he would never use the custom Boeing 787 purchased for $200 million under his predecessor, Enrique Peña Nieto, and instead would sell it off and use the money to benefit the poor. He travels around Mexico on commercial flights in coach, in line with an austere personal lifestyle that he has sought to impose on government as well.

But it has proved difficult to unload the plane, which is configured to carry only 80 people and has a full presidential suite with a private bath. It's expensive to operate, and experts say it would be too costly to reconfigure it into a typical passenger jet that would carry up to 300 passengers.

The aircraft sat on a U.S. airstrip for a year accruing about $1.5 million in maintenance costs while the Mexican government failed to find a buyer. Mexico has said it would accept as little as $130 million for the plane, and the president also suggested he would consider barter deals for medical equipment, selling the plane in shares to business people or renting it out to pay off outstanding loans.

Then in recent weeks López Obrador came up with the idea of raffling off the plane. That was met with widespread skepticism and some mockery: What would the winner do with such a white elephant, people wondered.

So last week López Obrador announced the symbolic raffle, with tickets bearing an image of the plane but the actual prize being $100 million divided among 100 winners. The government hopes to sell some $150 million in tickets, which will begin to be issued in late February for a September drawing.

Proceeds will go to the purchase of medical equipment and to pay to keep the jet in flight condition while the government keeps trying to sell or rent it.

Attendees at Wednesday's shindig at the National Palace, Mexico's elegant colonial seat of federal government and López Obrador's chosen official residence, were given a form with check boxes to commit to contributions from 20 million to 200 million pesos ($1.07 million to $10.7 million).

López Obrador said one businessman who preferred to remain anonymous told him he wanted the government to distribute the tickets he purchased to residents of indigenous communities.