More layoffs follow Spirit's Jan. 10 announcement that it was laying off 2,800 workers in Wichita. 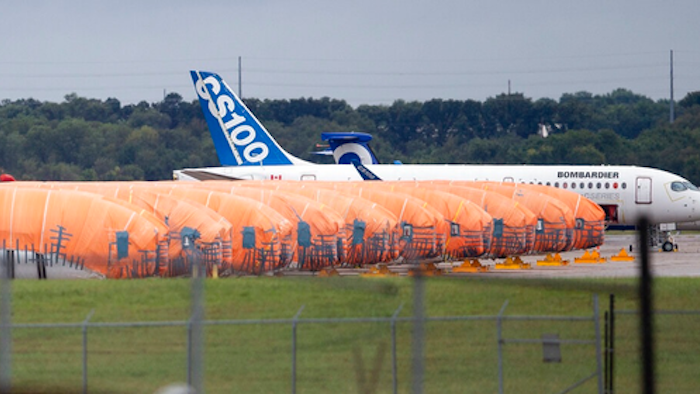 WICHITA, Kan. (AP) — Layoffs at Spirit AeroSystems spread Thursday to the airplane parts-maker's plants in Oklahoma amid the widening fallout in its home state of Kansas caused by the halt in production of the troubled Boeing 737 MAX.

Spirit filed notice with the state of Oklahoma warning that it planned to lay off about 130 employees at its plant in McAlester, about 100 miles (160 kilometers) southeast of Oklahoma City. A company spokeswoman, Keturah Austin, said there will also be layoffs at Spirit's facility in Tulsa that do not meet the legal requirements for a notice. Large companies are required to notify a state 60 days in advance when they plan to lay off at least 50 workers.

The layoffs follow Spirit's Jan. 10 announcement that it was laying off 2,800 workers in Wichita, where the company is based. Austin said in an email that Spirit is laying off the workers because of uncertainty about when production might resume for the 737 MAX, which was grounded last March after crashes in Indonesia and Ethiopia killed 346 people.

The grounding of the plane has affected other companies, as well, with Global logistics company Schenker Inc. notifying the state of Kansas that it planned to lay off 255 employees at its office in Wichita, which is near Spirit's Wichita facility, the Wichita Eagle reported.

Schenker has logistics and supply chain management employees embedded at Spirit’s Wichita facility, and its layoffs are also related to the Boeing 737 Max production halt, said Amanda Duncan of the area Workforce Alliance, which is working with Schenker to provide laid-off employees with resources before they lose their jobs.

“DB Schenker is taking this action to adjust to order demand by our client,” the company said in a news release. “We are committed to working through this transition and supporting our employees in a manner consistent with our core values.”

Schenker says on its website that it employs more than 68,000 people at 2,000 locations worldwide. It bills itself as the world’s leading global logistics provider supporting industry and trade through land transport, worldwide air and ocean freight, contract logistics and supply chain management.

Spirit AeroSystems is the largest employer in Wichita, which calls itself as the "Air Capital of the World" due to a heavy concentration of aerospace manufacturers. More than 40 aerospace companies, most of them in and around Wichita, provide parts and services for the production of the 737 MAX.

Spirit produced about 70% of the 737 MAX, including the fuselage and other major components. Contracts with Boeing for the MAX account for more than half of Spirit's annual income. Spirit halted production of fuselages and other parts for the plane on Jan. 1, after Boeing told Spirit to suspend shipments.