They invested $1.5B to swap wood poles for steel, hire meteorologists, deploy helicopters and build a sophisticated weather monitoring system. 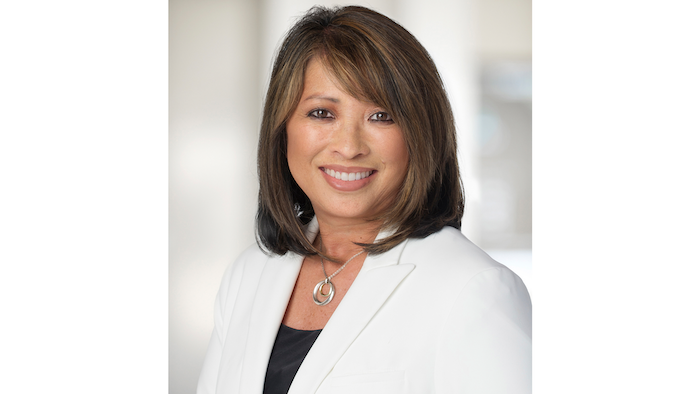 In this undated photo provided by San Diego Gas & Electric, Caroline Winn, chief operating officer of San Diego Gas & Electric, poses for a photo. Winn was at SDG&E when its equipment sparked a deadly wildfire in 2007, and she was one of thousands to evacuate her home. She spoke with the Associated Press and reflected on how the company's culture changed after the disaster and how executives' attitudes about the role energy companies play in climate change has shifted dramatically.
Lauren Radack/San Diego Gas & Electric via AP

NEW YORK (AP) — As global temperatures creep higher and the risk of deadly wildfires grows, utilities in the West are struggling to respond to the threat. San Diego Gas & Electric was ahead of the curve when it began strengthening its wildfire prediction and electricity distribution systems a decade ago.

At the time, some of its decisions were unpopular. But now, while its northern neighbor Pacific Gas & Electric confronts a so-called climate change bankruptcy after its equipment sparked the deadliest wildfire in state history, the Southern California company is viewed as a model for how utilities as far-flung as Australia can prepare for the worst impacts of climate change.

Caroline Winn, chief operating officer, was at SDG&E when its equipment sparked a deadly wildfire in 2007, and she was one of thousands to evacuate her home. She reflected on how the company's culture changed after the disaster and how executives' attitudes about the role energy companies play in climate change has shifted dramatically. The conversation has been edited for clarity and length.

Q: What prompted San Diego Gas & Electric to invest so heavily in overhauling its operations to reduce the risk of wildfires?

A: Our journey began over a decade ago when the San Diego region really experienced the unprecedented levels of destruction from firestorms in October of 2007. Those fires were among the most destructive in California history at that time. Unfortunately, there were lives lost and there were hundreds of structures, including those that belong to our employees, that were damaged or lost, and around 500,000 acres were scorched.

On that day, we knew that the National Weather Service had called for a red flag event, but that's about all we knew. So when the fires broke out, we were really in a reactive mode. It affected so many of us in this company on such a personal level that ... keeping our infrastructure from causing any fires became this rallying call across the company.

We really shifted from being focused on keeping the lights on — because that was really our main focus — to the most important attribute becoming keeping our communities safe.

There wasn't a prescriptive plan that existed in terms of how we should design, engineer, construct or maintain our infrastructure against the increasing threat of violent fires. There wasn't a blueprint on how to develop and build out what would become one of our largest utility-owned weather networks.

Back in 2007 the belief in climate change wasn't what it is today. But one thing was really clear to us: we experienced climate conditions that we had never experienced in previous decades.

Q: Your company began proactively shutting off the power to reduce wildfire risks in 2013. How did customers react initially and how was that changed?

A: It was really met with fierce opposition from the public. We were the first utility to do this and people didn't understand why we had to turn off the power for public safety.

Despite the harsh criticism, we stayed the course. We held town halls after the shutoff so that the community could understand the type of conditions we were experiencing. But also it was important for us to listen to what our customers needed during these types of experiences.

Acceptance of the power shut-offs is significantly better than it was in 2013. We get very few complaints because I think they understand why we do it, and how we do it, in that our goal is really to keep our communities safe.

A: We have partnered with the food banks and Meals on Wheels so they're able to provide necessities to the more vulnerable customers, whether they're income-qualifying customers or they have mobility issues or they're seniors. We really, since 2007, grew deep relationships with these organizations because that is our way to help every customer through these situations.

Q: What are the most important things utilities must do to prepare for climate change?

Climate change is impacting the wildfire threat, but also the CO2 (carbon dioxide) and emissions of wildfires are tremendous. So if we can get a chance of ensuring that these wildfires, if they happen, stay small and that utility infrastructure is not the cause of it, then we really feel that we are leaning in...and we're adapting very aggressively and progressively.