Hamm was the highest-paid CEO in Oklahoma in 2018. 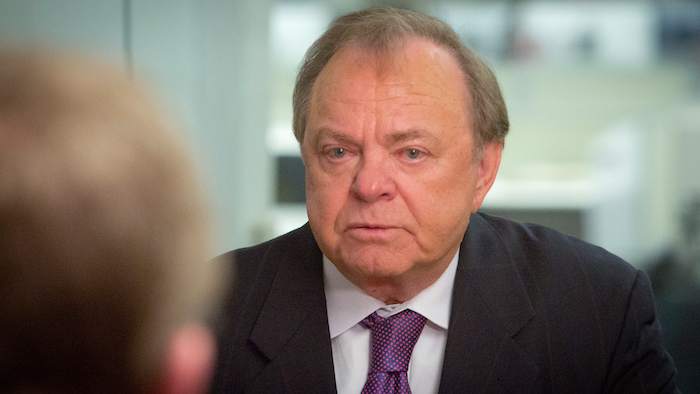 Beginning Jan. 1, Continental board member William Berry will take over as CEO for the Oklahoma City-headquartered company. Jack Stark, Continental Resources’ president, will also serve as its chief operating officer.

Hamm, the highest-paid CEO in Oklahoma in 2018, will remain active as chairman, founder and majority shareholder with about 77% of the company’s stock.

“I’m not going anywhere,” said Hamm, who pioneered the use of fracking that was used to tap a massive domestic oil play in the Bakken formation in North Dakota. “I’m an oil finder and geologist at heart.

He acknowledged the role change comes during a tough time within the nation's oil and gas industry as it works its way through a global supply glut that is holding back oil prices and keeping natural gas prices at nearly historic lows.

In 2015, Hamm led an effort to convince Congress to lift an embargo against oil exports from the U.S. He said he plans to continue spearheading advocacy efforts in promoting American-produced oil and natural gas as he also works with Berry and Stark to help Continental Resources develop new, strategic opportunities.

“We are living in the new oil era, driven by the American energy renaissance,” he said. “The result is a stronger economy, a stronger energy independent America and a safer world.”

Berry has more than four decades of oil and gas experience. As an executive at ConocoPhillips, Berry oversaw its global operations, managing more than 10,000 employees and more than $12 billion in capital outlays.

“Bill is the perfect fit for Continental,” Stark said. “He enthusiastically embraces our culture and the way we conduct our business."

“Harold and his team have built one of the greatest energy companies in America,” Berry said. “I know firsthand, the people at Continental are among the most talented, motivated and innovative in the industry.

“We are perfectly positioned for the future because of Continental’s ability to produce highly sustainable, low-cost, light sweet oil and natural gas.”