The $200 million effort comes from one of the largest energy producers. 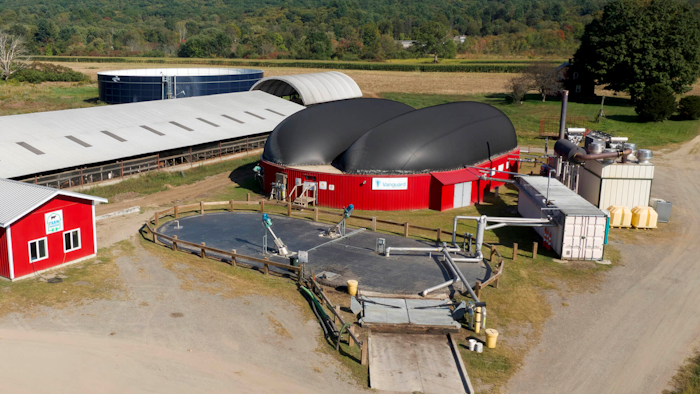 RICHMOND, Va. (AP) — One of the nation’s largest energy producers is launching a $200 million effort to convert methane from cow manure into natural gas.

Richmond-based Dominion Energy announced Wednesday that it is partnering with Vanguard Renewables to develop and operate conversion facilities at dairy farms across the U.S.

A news release says projects are under development in Georgia, Nevada, Colorado, New Mexico and Utah. A subsidiary of Massachusetts-based Vanguard Renewables will design, develop and operate the projects.

Dominion will own the projects and market the gas. Company spokesman Aaron Ruby says the $200 million will be invested over five years, with the potential for the effort to expand.

Dominion has a similar partnership with Smithfield Foods to convert methane from hog farms into natural gas. Methane is a powerful greenhouse gas that contributes to global warming.

Dominion estimates the project will reduce emissions by an amount comparable to taking nearly 100,000 cars off the road for a year.

Each project will involve a cluster of several farms. The methane is captured and transported through low-pressure lines to a conditioning facility, where is it processes and cleaned, then delivered to consumers.

The project comes at a difficult time for dairy farms, which are facing a persistent decline in U.S. milk consumption. Participating farms will receive annual lease payments and compensation for the manure.