The company will pay $4 million to settle. 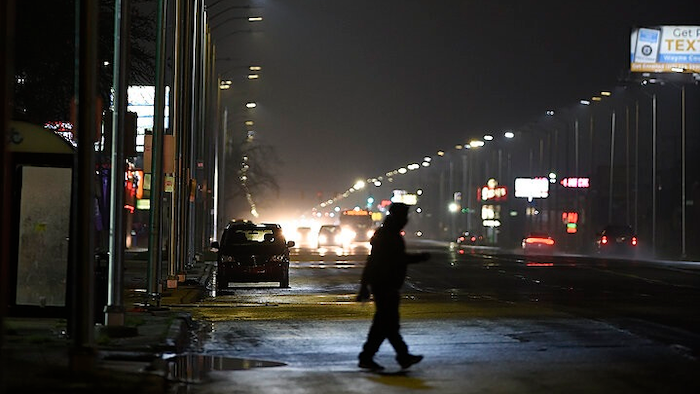 In this May 2, 2019, file photo, a pedestrian crosses Gratiot Street at Outer Drive East under a bright streetlight flanked by dimmer streetlights in Detroit. Leotek Electronics USA has agreed to pay $4 million to settle a lawsuit with Detroit over thousands of defective streetlights in Detroit, a newspaper reported. The city sued the company last spring, alleging that roughly 20,000 lights were failing.
Clarence Tabb Jr./Detroit News via AP, File

DETROIT (AP) — A company agreed to pay $4 million to settle a lawsuit over thousands of defective streetlights in Detroit, a newspaper reported.

The city sued Leotek Electronics USA last spring, alleging that roughly 20,000 lights were failing. The faulty lights were an embarrassment, especially after Detroit officials had pointed to brighter streets as proof of a turnaround in neighborhood services.

The Detroit News reported Monday that the settlement won't cover the full cost of replacing the lights. The News said the Public Lighting Authority is spending $3 million to complete the $7 million project.

Leotek must pay $4 million by Dec. 23, according to records obtained by the newspaper.

Detroit Mayor Mike Duggan said the settlement was fair and that the city was “glad to have this matter resolved."

"Leotek worked with PLA to clarify and remedy the situation including field visits, technical assistance and luminaire replacements based on our standard warranty," Scordelis said, referring to the Public Lighting Authority.