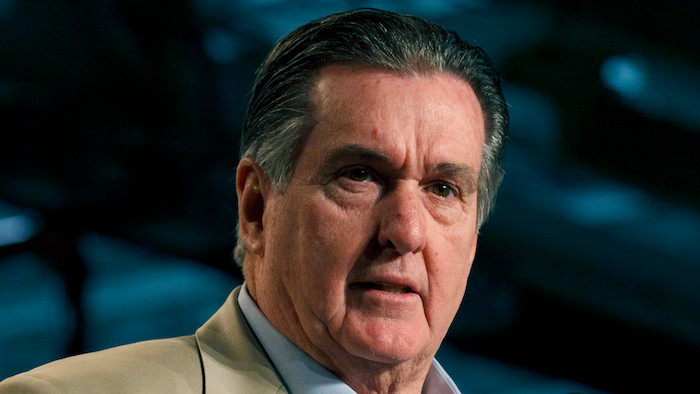 DETROIT (AP) — A retired vice president at the United Auto Workers pleaded guilty Wednesday to corruption charges, admitting he received a $250,000 kickback after arranging a contract for 58,000 watches.

Joe Ashton led the union's General Motors department until July 2014 and also had a seat on the automaker's board.

Ten people with ties to the UAW have been charged in the corruption investigation; eight have pleaded guilty, including the widow of a union vice president. Separately, three people who worked at Fiat Chrysler have been convicted.

Ashton declined to comment. He awarded a $3.9 million contract from the UAW-GM training center for thousands of watches that remain in storage. The government said they were never given to union members.

“He has asked me to apologize to all the members of the UAW. Good people make really bad decisions. ... He fully accepts responsibility," defense attorney Jerry Ballarotto told reporters.

Ballarotto said he'll offer an explanation — “not an excuse" — at sentencing.

In a statement, the UAW said Ashton's crimes are “against everything we stand for."

While negotiating new contracts with GM, Ford Motor and Fiat Chrysler, the UAW has been in a crisis for months because of the corruption investigation. Gary Jones, whose house was raided by federal agents in August, recently quit as president. He hasn't been charged.