It's part of a transformation plan to make the company “lean and sustainable.” 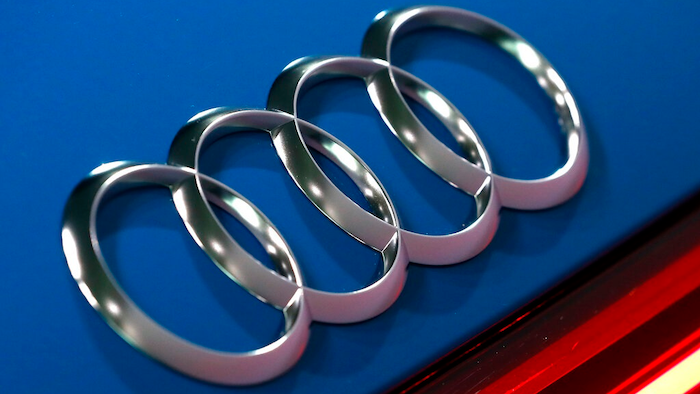 In this file photo dated Thursday, March 14, 2019, the logo of the German car manufacturer Audi is pictured on a Audi e-tron prior to the annual press conference in Ingolstadt, Germany. The Ingolstadt-based automaker said Tuesday Nov. 26, 2019, that it expected to add 2,000 new positions while Volkswagen subsidiary Audi says it is cutting 9,500 jobs in Germany through 2025.
AP Photo/Matthias Schrader, FILE

BERLIN (AP) — Volkswagen subsidiary Audi says it’s cutting 9,500 jobs in Germany through 2025 as part of a transformation plan to make the company “lean and sustainable.”

The Ingolstadt-based automaker said Tuesday that at the same time, it expects to add 2,000 new positions for a net job loss of 7,500 jobs.

Audi currently employs some 90,000 people around the world, including 60,000 in Germany and has been struggling to keep up with domestic rivals BMW and Daimler in recent years.

Some of its cars have also been part of the diesel emissions cheating scandal, which has centered on parent company Volkswagen.

Part of Audi’s plan includes ensuring that new electric cars will be built at its plants in Ingolstadt and Neckarsulm in Germany.