Clearloop will enable companies to compensate for their emissions impact by paying to fund new solar panels in communities with the dirtiest electric grids.

The Democrat plans to introduce Clearloop on Tuesday at a conference headlined by former New York Mayor Michael Bloomberg. It's Bredesen's first big public foray since losing a U.S. Senate bid last year. Former campaign staffers Bob Corney and Laura Zapata are teaming up with him in the company.

Clearloop will offer short-term agreements that enable companies to compensate for their carbon emissions impact by paying to fund new solar panels in communities with the dirtiest electric grids.

The agreements would offset companies' carbon footprints, either product by product or service by service. The companies' labels can then feature a symbol customers can use to track their purchases to the corresponding solar panels built.

Bredesen believes this idea will make it easier to reduce the health and environmental impact of carbon emissions by sidestepping the yearslong renewable energy contracts that some larger companies agree to as they seek recognition for trying to curb climate change.

"I see it as a way of really reaching into a different world of companies that are not the big dogs, who have got some C-suite executive worrying about sustainability, like Walmart does or Procter & Gamble does," Bredesen told The Associated Press. He said many companies "would like to do something but need to lean on somebody else's expertise to simplify it."

If a company wants to reclaim the carbon emissions released to produce a coffee cup, for example, there will be an offsetting solar panel built somewhere tied directly to that cup, Bredesen said.

And Bredesen already has a solar panel company he founded, Silicon Ranch, that can assist.

Shell, the international oil and natural gas giant, became Silicon Ranch's largest shareholder last year in a deal worth up to $217 million. Silicon Ranch is now the U.S. solar platform for Shell.

Bredesen said Clearloop will focus on building in the states that are most dependent on coal-fired power, including Kentucky, West Virginia, Wyoming and the Dakotas.

Clearloop doesn't have signed contracts yet because the company is just starting up, but Bredesen said the project is generating plenty of discussion.

"You want to reduce greenhouse gas emissions, you need to do it at scale. I would hope it ultimately could be a very big operation," Bredesen said.

"I contributed money to Joe Biden when they asked because he had been very good to me in my campaign and I explained that wasn't a primary endorsement, it was simply returning the favor," Bredesen said. "Although, I like him. I like him a lot." 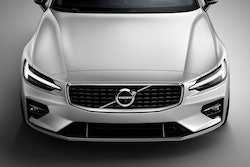 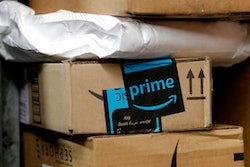 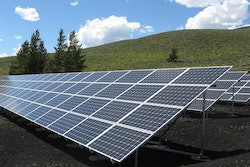