The plan is a step toward a bigger goal of becoming a climate-neutral company by 2040.

Volvo Cars has launched a plan aimed to reduce its lifecycle carbon footprint per car by 40 percent between 2018 and 2025. This is the first, tangible step towards Volvo Cars’ ambition of becoming a climate-neutral company by 2040.

The plan represents concrete actions in line with the global Paris climate agreement of 2015, which seeks to limit global warming to 1.5 degrees Celsius above pre-industrial levels.

Volvo Cars’ 2040 ambitions go beyond addressing tailpipe emissions through all-out electrification, another area in which the company is at the forefront. It will also tackle carbon emissions in its manufacturing network, its wider operations, its supply chain and through recycling and reuse of materials.

As a near term step towards its 2040 ambition, Volvo Cars is implementing a set of ambitious, immediate measures in its efforts to reduce the company’s lifecycle CO2 footprint per car by 40 percent between 2018 and 2025. At that point in time, the company also aims for its global manufacturing network to be fully climate neutral.

“We are transforming our company through concrete actions, not symbolic pledges,” said Håkan Samuelsson, chief executive. “So at Volvo Cars we will address what we control, which is both our operations and the tailpipe emissions of our cars. And we will address what we can influence, by calling on our suppliers and the energy sector to join us in aiming for a climate-neutral future.”

To realize the significant 40 percent reduction of its CO2 footprint per car by 2025, the company has devised a number of ambitions for different parts of its operations. The previously communicated goal of generating 50 percent of global sales from fully electric cars by 2025 is a prominent one, which would result in a 50 percent reduction in tailpipe carbon emissions per car between 2018 and 2025.

Volvo Cars was the first conventional car maker to commit to all-out electrification and phasing out cars powered only by an internal combustion engine. As of this year, every new Volvo launched will be electrified and the company on Wednesday also launched its first fully electric car, the XC40 Recharge. Starting with the XC40 Recharge, Volvo Cars will disclose the average lifecycle carbon footprint of each new model. 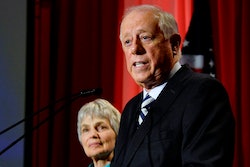 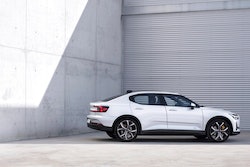 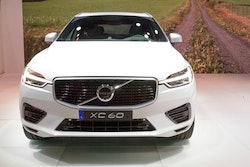