Her lawyers claim they haven't been paid over the last year and want to quit the case.

Associated Press
In this Monday, Nov. 2, 2015 file photo, Elizabeth Holmes, founder and CEO of Theranos, speaks at the Fortune Global Forum in San Francisco. Elizabeth Holmes, who ran Theranos until its 2018 collapse, hasn't paid her Palo Alto, California, attorney John Dwyer and his colleagues for the past year, according to documents filed Monday, Sept. 30, 2019 in Phoenix federal court.
AP Photo/Jeff Chiu, File

PHOENIX (AP) — The founder of scandalized blood-testing startup Theranos is now being accused of skipping out on bills owed to the lawyers defending her against fraud charges in a civil lawsuit.

Elizabeth Holmes, who ran Theranos until its 2018 collapse, hasn't paid her Palo Alto, California, attorney John Dwyer and his colleagues for the past year, according to documents filed Monday in Phoenix federal court. The lawyers want to quit the case because they don't ever expect to be paid. The documents cited Holmes "current financial situation" without elaborating.

Dwyer didn't immediately respond to a request for comment Friday. A message left for Holmes' attorney in a separate criminal case in San Jose, California, wasn't immediately returned. Holmes has pleaded not guilty to the criminal charges of conspiracy and fraud in a case that is scheduled to go to trial next summer.

A trial date hasn't been set for the civil lawsuit filed against Holmes, Theranos and Walgreens, which offered Theranos' blood-testing technology in Arizona and California. The lawsuit was filed on behalf of consumers who paid for Theranos' blood testing service.

Holmes, a former Stanford University student, started Theranos in Palo Alto on the promise it had developed a way to perform complex blood analysis with a finger prick. Federal authorities asserted that Theranos' technology didn't work as advertised, duping both the company's investors and customers. 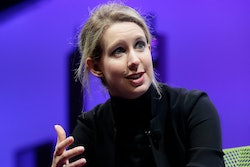 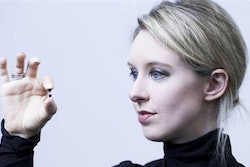 Theranos is Shutting Down