The company is building 52 fuselages a month, although Boeing reduced its production to 42 completed planes per month after two deadly crashes. 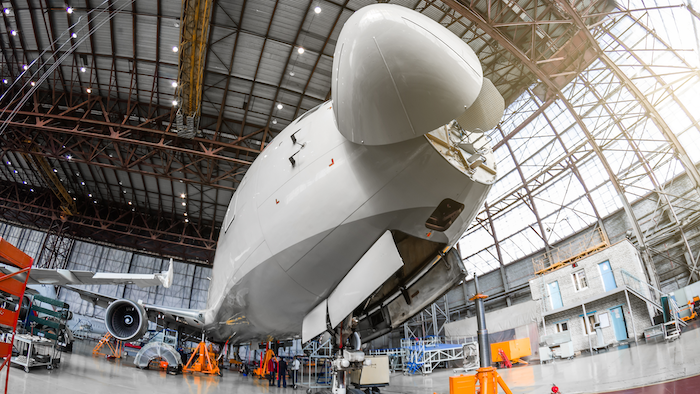 WICHITA, Kan. (AP) — Aircraft parts maker Spirit AeroSystems has seen its stock price decline by 20 percent since the Boeing 737 Max jet was grounded but continues to churn out fuselages in anticipation of a rebound when the plane returns to the sky.

Spirit’s president and CEO Tom Gentile said Thursday that the Wichita-based company is building 52 fuselages a month, although Boeing reduced its production to 42 completed planes per month after two deadly crashes, reported The Wichita Eagle.

“What we agreed with Boeing was that we would stay at 52, because for us to go down, it meant that it would take us a very long time to come back,” Gentile said during the Kansas Economic Outlook Conference, hosted annually by the Wichita State University Center for Economic Development and Business Research.

Gentile said it is “going to be a longer-term impact than everybody first thought,” although he is hopeful because there has been “an incredible surge in orders” for aircraft with more than 150 seats. Before the grounding, Boeing and its suppliers had been planning to increase production. “Today Boeing and Airbus have a backlog of (orders for) 12,500 aircraft worth $2 trillion and it represents almost eight years of production,” he said. “At Spirit, our backlog is about $48 billion, which is almost seven years of production for us.”

As of today, 65 extra fuselages are wrapped in plastic and Styrofoam, with a thick orange blanket used to cover them. Gentile says, “They look a little bit like goldfish.”

Jeremy Hill, the director of the center putting on the conference, projected a 0.6 percent increase in Kansas jobs, but cautioned that trade issues, including the Trump administration’s tariff policies, could derail that quickly. “It is very possible we can grow stronger (than 0.6 percent), but it is also possible we could go down to zero growth,” he said.