She visited picket lines near her office, shaking hands and delivering donuts. 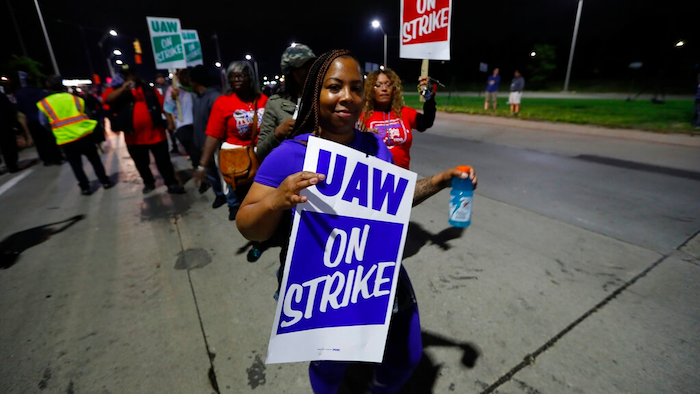 Michigan Gov. Gretchen Whitmer is supporting autoworkers who are striking against General Motors.

Spokeswoman Tiffany Brown says Whitmer is closely monitoring the strike and supports working peoples' rights to negotiate together for better wages, benefits, working conditions and more time to spend with their families.

More than 49,000 unionized GM workers walked off their jobs just after midnight Monday.

Whitmer says she is hopeful that the UAW and GM can negotiate and ratify a new contract quickly, because getting autoworkers back on the job as quickly as possible is important to Michigan's economy.