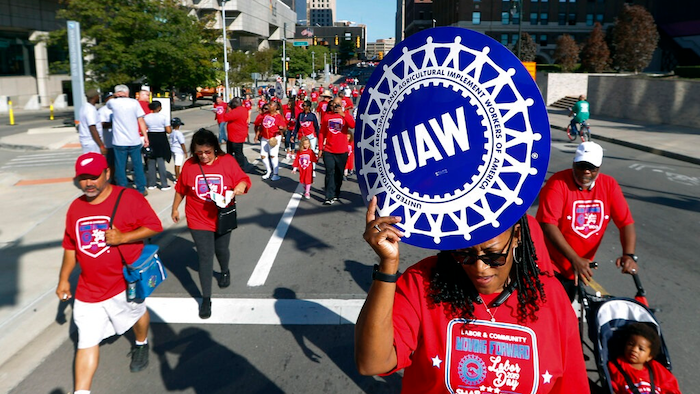 Some union members at the parade told the Detroit Free Press that unity is needed for current contract talks with General Motors, Ford and Fiat Chrysler.

About 20 marchers hoisted signs with messages such as "Reform the UAW!"