Customers and clients who are late-payers or non-payers cost small businesses time as well as money.

Joyce M. Rosenberg
In this April 4, 2018 photo provided Anvil Media, Kent Lewis works at his office at Anvil Media in Portland, Ore. Lewis, owner of digital marketing company Anvil Media, includes a clause in contracts saying late payments will be subject to a 10% interest charge. That heads off the majority of late payments, he estimates.
Mike Terry/Anvil Media via AP

NEW YORK (AP) — In the first few years after Julie Mullen and Elizabeth Grace launched their public relations firm, they found it was hard to get some clients to pay.

The co-owners of The Buzz Agency, based in Palm Beach, Florida, didn't require clients to pay up front, and checks were the only form of payment the company was set up for. Some of their clients, who included startups, were slow about sending in their payments — or didn't send them at all.

"When you can't pay your freelancers because your clients aren't paying, you've got to do something about that," says Mullen.

She and Grace created a policy requiring clients to pay the first month's fee before any work would be performed. And if later in the working relationship clients didn't pay for work already done, the partners sent reminders and past due notices — and then "personally show up to a place of business and insist we weren't leaving until payment was in our hand," Mullen says.

Customers and clients who are late-payers or non-payers cost small businesses time as well as money, forcing owners to chase down payments, hire collection agencies and attorneys and file lawsuits. If the economy slows or falls into recession in the near future, it could be even harder to collect from customers — businesses and consumers — who are short of cash. But many owners protect themselves and their cash flows by asking for money up front or making sure they only take on clients and customers who pose the least amount of risk.

Small businesses are already taking longer to pay their creditors, according to the PAYDEX index. The index, which reflects payment activity for companies with under $5 million in revenue, fell 0.27% in the second quarter compared with the first three months of the year, according to Dun & Bradstreet Corp., which compiles the index. The index was up 0.15% from a year earlier.

Many owners don't formulate a payment policy until they've encountered a customer or client who wouldn't or couldn't pay.

Marsha Kelly, who has owned consulting and manufacturing businesses, remembers thinking, "this is never happening again" after a retailer refused to pay for a shipment of perfume. It was early in Kelly's manufacturing career, and she was so anxious to make the sale she didn't worry about payment when the order was placed. She then found herself in the same situation as many manufacturers — they invest money to have their products made and shipped, and they're out the cash until they're paid.

"I called, went over there, almost camped out and took back the unsold merchandise," Kelly says. "But I never got any money."

Now Kelly, who runs her management consulting business out of her Peconic, New York, home, has a protocol to ensure she's paid. If clients are more than a week late, they get a friendly email or letter to remind them. After two weeks, "they get a less-friendly email asking for payment," Kelly says.

If there's still no money forthcoming, Kelly calls or visits and after some small talk, "I would bring up the late payment, simply saying, can I pick up a check?"

But she says, "I never shamed them by stating how late it was, and how it negatively affected my business. I have found that the less emotion the better."

Kelly's approach has helped her keep customers she still wants.

"Most people want to pay their bills on time, but circumstances have made them late to pay. Your friendly understanding will go a long way," she says.

Owners also learn that prevention is the best approach to late payments. Mullen and Grace do online research about potential clients, and ask other business owners if they've had any experience with The Buzz Agency's prospects.

Companies shouldn't wait until after the work is done or goods are shipped to ask for payment, says Michael Eckstein, an accountant based in Huntington, New York.

Eckstein also suggests making invoices as easy as possible to pay. For example, invoices sent online can have a "Pay Now" button that allows customers to click and then enter their credit card information.

The growth of payments via technology, including services like Venmo, PayPal and Zelle, has also made it easier for businesses to be paid, and eliminates problems like checks that bounce, or, as some customers claim, "are in the mail."

Kent Lewis, owner of digital marketing company Anvil Media, includes a clause in contracts saying late payments will be subject to a 10% interest charge. That heads off the majority of late payments, he estimates.

Lewis also believes that giving clients the best service possible will reduce the chances for nonpayment — they can't refuse to pay on grounds that the service was bad.

"This is the primary factor to our success managing accounts payable," he says.

When requests for payment and "past due" notices fail to get customers to pay, owners do have recourse. The next step is usually turning over an unpaid invoice to a collection agency, and if that doesn't work, taking a customer to court. Each of those requires an owner to spend money that reduces the amount they can recover.

"The collection agencies take 30% to 40% of the balance, but that is often worth it for the peace of mind," Lewis says. 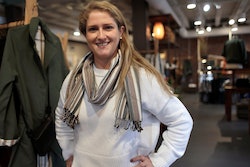 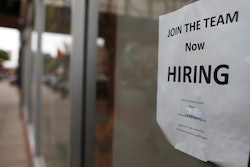 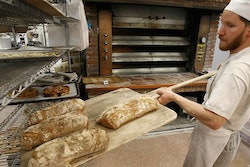