"The American dream is alive, but fraying," said Jamie Dimon, the chairman and CEO of JPMorgan who also chairs the Business Roundtable. 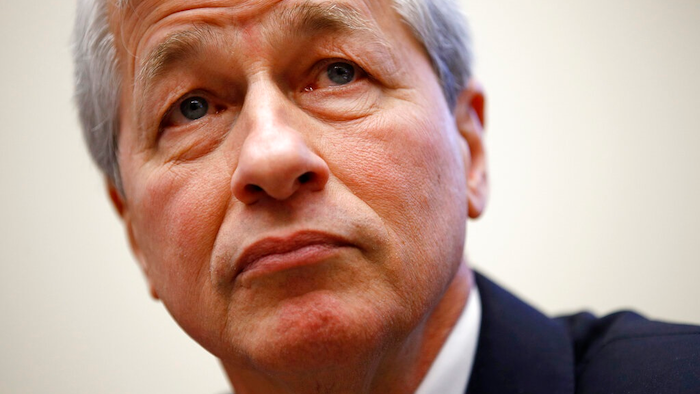 In this April 10, 2019, photo JPMorgan Chase chairman and CEO Jamie Dimon testifies before the House Financial Services Committee during a hearing on Capitol Hill in Washington. A group of influential CEOs, which included Dimon, is changing its view on corporations, saying it’s no longer just about shareholders. The Business Roundtable said Monday, Aug. 19, that its new statement on “the purpose of a corporation” emphasizes that all stakeholders are important, which includes workers, suppliers, customers and the communities their businesses are in.
AP Photo/Patrick Semansky, File

The "shareholder comes first" has for years been the mantra of the Business Roundtable, a group that represents the most powerful CEOs in America and their thinking.

The group's new principles on the role of a corporation released Monday imply a foundational shift, putting shareholders on more equal footing with others who have an interest in a corporation to some degree — including workers, suppliers, customers and, essentially, society at large.

"We know that many Americans are struggling. Too often hard work is not rewarded, and not enough is being done for workers to adjust to the rapid pace of change in the economy. If companies fail to recognize that the success of our system is dependent on inclusive long-term growth, many will raise legitimate questions about the role of large employers in our society," the statement reads.

It's an implicit recognition that corporations have a larger responsibility than a return on investment and also that more Americans are living under duress today. Wage gains have been nonexistent to moderate for years. Economic research as well as government data point to an era in which Americans must do more for less.

"The American dream is alive, but fraying," Jamie Dimon, the chairman and CEO of JPMorgan who also chairs the Business Roundtable, said in a prepared statement.

"This new statement better reflects the way corporations can and should operate today," said Alex Gorsky, chairman and CEO of Johnson & Johnson. "It affirms the essential role corporations can play in improving our society when CEOs are truly committed to meeting the needs of all stakeholders."

The statement is not a directive. Rather, it is a shared understanding among CEOs of companies that employ more than 15 million people with a collective $7 trillion in annual revenue.

Ken-Hou Lin, a sociology professor at the University of Texas at Austin who has studied corporations' treatment of employees and shareholders, called the statement symbolically meaningful but said it was unclear whether it would have much impact.

It's easier for companies to quantify success through shareholder value, or stock prices, Lin noted, than to document an adherence to other values. If the CEOs who signed the statement pledged something more specific at their companies, it could be more constructive, he said.

"For example, Jamie Dimon can remove all the forced arbitration clauses to serve the customers, raise tellers' wages or lower fees on their products," Lin wrote in an email. "I will be surprised if companies do start to act differently."

"Talk is cheap," added Adam Seth Litwin, associate professor of industrial and labor relations at Cornell University's School of Industrial and Labor Relations. "The question is, how will these CEOs actually respond when the chips are down and shareholders really start making their usual demands for sky-high quarterly returns?"

In the meantime, many American workers have said they don't feel much like beneficiaries of what is now the longest expansion on record because the kinds of jobs they once enjoyed — permanent positions, with stability, bonuses, pensions, benefits and opportunities to move up — are now rarer.

The Business Roundtable's principle of purpose has historically been rooted in the words of economist Milton Friedman, who argued the sole purpose of a corporation was to maximize shareholder value.

The group in the past has fought anti-trust legislation, backed favorable tax cuts and successfully lobbied to dilute restrictions on executive compensation.

The language of its mission statement has been tweaked over the years, sometimes distancing itself from Friedman during times of economic instability.

During a recession in the early 1990s, the statement said corporations were meant to "serve both their shareholders and society as a whole."

In the recovery years following the Great Recession, the group said it was up to corporations to responsibly "deal with its employees, customers, suppliers and other constituencies in a fair and equitable manner."

However, the statement released Monday goes further than stances the group has taken in the past, seemingly acknowledging the growing momentum to find a solution to financial inequality in the U.S. as it worsens.

Inequality has become a national narrative in the lead-up to the 2020 presidential election. Democratic presidential candidates have pushed for a seat on corporate boards chosen by employees and tying stock buybacks, which benefits investors, to employee pay at that company.

The push to rethink the role of corporations in society has not come exclusively from the political arena. This time, there is pressure from Wall Street power brokers as well.

In April, the renowned hedge fund manager Ray Dalio stunned Wall Street with an extended essay in which he wrote, "everything must evolve or die. This is now true for capitalism."

"It's producing self-reinforcing spirals up for the haves and down for the have-nots," Dalio wrote. "This is creating widening income/wealth/opportunity gaps that pose existential threats to the United States because these gaps are bringing about damaging domestic and international conflicts and weakening America's condition."

How much sway a mission statement from the Business Roundtable will have cannot be measured, but economic pressure on corporations, workers and consumers may grow more intense in the near future.

On Monday a survey released by the National Association for Business Economics indicated that 34% of economists believe a slowing economy will tip the U.S. into recession in 2021.

That's up from 25% in a survey taken in February.

Company is Paying Employees to Quit