Despite weaker sales, pickup pricing provided a lift for the automaker. 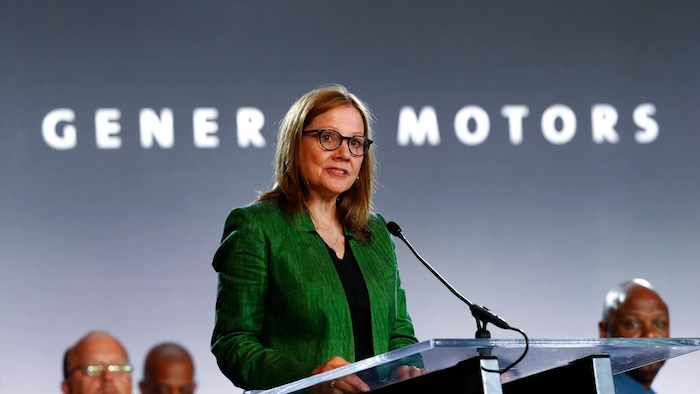 The Detroit automaker said Thursday that it made $2.42 billion, or $1.66 per share, from April through June. Adjusting for restructuring costs, GM made $1.64 per share, blowing by analyst estimates of $1.44.

Global sales fell 6 % to 1.94 million vehicles led by declines in North America and Asia Pacific, Middle East and Africa. The company says sales in China were weak, and it expects that to continue through the year.

GM repeated its guidance for full-year adjusted pretax income of $6.50 to $7 per share.

In the United States, customers paid an average of $41,461 for a GM vehicle during the quarter, an increase of 2.2 %, as buyers went for loaded-out pickups and SUVs, according to the Edmunds.com auto pricing site. The U.S. is GM's most profitable market.

Light trucks accounted for 83.1% of GM's sales in the quarter, and pickup truck sales rose 8.5% as GM transitioned to new models of the Chevrolet Silverado and GMC Sierra, according to Edmunds, which provides content to The Associated Press.

As usual, GM made most of its money in North America, reporting $3 billion in pretax earnings. International operations including China broke even, while the company spent $300 million on its GM Cruise automated vehicle unit. Its financial arm made $500 million in pretax income.