About 1,700 Blackjewel workers were locked out nationwide. 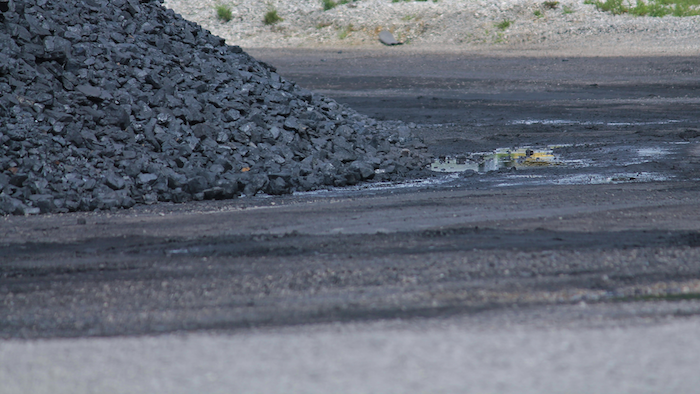 GILLETTE, Wyo. (AP) — Wyoming coal workers who were locked out of their jobs after a company filed for bankruptcy protection are wondering whether they'll ever be called back to work.  The West Virginia-based Blackjewel LLC has 580 employees at two open-pit mines in northeastern Wyoming, Eagle Butte and Belle Ayr, The Gillette News-Record reported Sunday.

The company filed for Chapter 11 bankruptcy protection on July 1. About 1,700 Blackjewel workers were locked out nationwide. Melissa Peterson-Worden, who worked in a Blackjewel warehouse, said she and other workers were at first optimistic when company officials told them the bankruptcy would allow the business to reorganize and improve its position.

Peterson-Worden said workers were told a few hours later that something went wrong with financing the company was expecting, and they were told to go home. "It was just total shock," she said. "It happened that day, then the next day came and I just went on autopilot filling out resumes and job applications."

Peterson-Worden said about 24 hours after the lockout, she was having lunch with her husband at a Gillette restaurant when the emotions of the past day caught up to her and she began to sob. "It just hit me suddenly that never have I been at such a state of limbo in my life. There's hope, but yet there's no hope," she said.

Gillette Mayor Louise Carter-King said she is hoping for the best because losing the Blackjewel jobs would be a blow. The city's population dipped by about 2,000 during a 2016 coal downturn as people left for work elsewhere. The U.S. Census lists Gillette's population at about 32,000.

"I just hope these people can find jobs here and don't have to leave," Carter-King said. "That's a big concern, but I also realize they've got to go where they can get jobs." She also worried about the local businesses and contractors that do work for the mines, especially if they have to cut staff or close down because if the bankruptcy means they don't get paid.

Wyoming Machinery Co. filed a motion with the bankruptcy court Friday asking to be let out of its contract to service heavy machinery for Blackjewel in Wyoming. The filing said if the contract is enforced, it could be obligated to keep working for the company without any guarantee of being paid. Wyoming Machinery said it is already owed $5.9 million for services at the Eagle Butte and Belle Ayr mines, and continuing to work for the Blackjewel could cost it up to $14,000 a day.

Republican state Sen. Michael Von Flatern of Gillette said he hopes the coal industry's problems spur the Legislature to change the way mines are required to pay county taxes. The state requires the company to pay its state taxes monthly, but county taxes aren't due until 18 months later.

Campbell County, which includes Gillette, could be out at least $52 million after two coal company bankruptcies this year. Von Flatern said he emailed every state lawmaker this year about requiring monthly payments to counties, but no one responded. "I'm a little disappointed in that," he said. "This is a perfect opportunity to do something about it."