VW Says No Layoffs in Germany for 10 Years 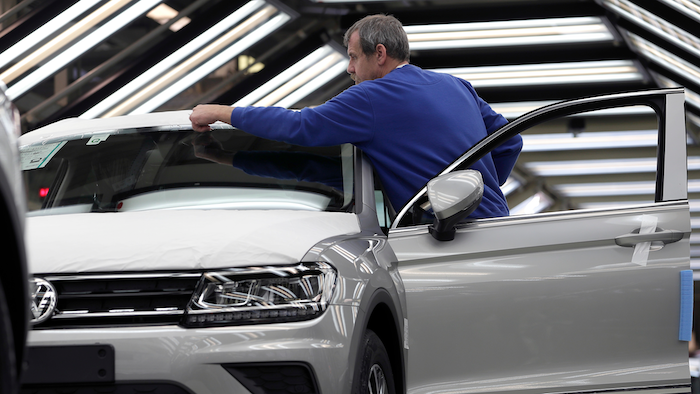 In this Thursday, March 8, 2018 photo an employee works on a Volkswagen car during a final quality control at the Volkswagen plant in Wolfsburg, Germany. Automaker Volkswagen is ruling out compulsory layoffs at its core brand’s German plants for the next 10 years even as it looks for cost cuts and adapts to increasing digitalization.
AP Photo/Michael Sohn

BERLIN (AP) — Automaker Volkswagen is ruling out compulsory layoffs at its core brand's German plants for the next 10 years even as it looks to cut costs and adapts to increasing digitalization.

The company said Wednesday up to 4,000 jobs in non-production areas won't be restaffed over the coming four years as tasks previously performed manually are taken over by technology. It also said it will invest up to 4 billion euros ($4.5 billion) in digitalization projects through 2023, mainly in administration, and at least 2,000 new jobs will be created.

Employee council chief Bernd Osterloh welcomed the no-layoff guarantee through 2029. He said in a company statement it "sends an important signal: digitalization brings change, but jobs at Volkswagen remain secure."

He said any jobs being cut must be "genuinely redundant."