WILMINGTON, Del. (AP) — A Delaware judge has ordered the unsealing of a complaint filed by chemical manufacturer Chemours against the DuPont Co., which spun off Chemours in 2015, and chastised attorneys for the secrecy surrounding the dispute.

Attorneys for Chemours filed the complaint under seal on May 13, publicly acknowledging in a cover sheet only that it was an "action for declaratory judgment and other relief relating to a spin-off transaction."

Chemours then failed to comply with a court rule requiring the filing of a redacted, public version of the complaint within three days. The redacted version of the 64-page complaint — which was filed shortly after The Associated Press pointed out the expiration of the deadline and asked the court to unseal the filing — is almost entirely blacked out.

In a conference call with attorneys Thursday, Vice Chancellor Sam Glasscock III expressed concerns about the secrecy and the violation of court rules.

"A court can only function in a free society where it maintains the respect of the citizens it serves," Glasscock said. "In order to do that, it has to conduct its business in public."

The judge noted that Chemours attorneys had failed to provide a cover sheet that summarized the filing in sufficient detail to inform the public of the nature of dispute, then filed a completely blacked out complaint after the deadline to file a public version had expired.

"That can't be a good-faith compliance with the rule," said Glasscock, who noted that the dispute "involves the picking of the carcass of the quintessential Delaware public corporation."

In addition to DuPont, the other defendants in the case are DowDuPont Inc., which was formed following DuPont's merger with Dow Chemical in 2017, and Corteva, which is the agricultural division of DowDuPont but is being spun off into an independent, publicly traded company next month. According to the lawsuit, Corteva is expected to be the direct parent of DuPont and will hold certain assets and liabilities of DowDuPont.

An attorney for Chemours, formerly DuPont's performance chemicals unit, told Glasscock that the secrecy was requested by DuPont, whose attorneys say the court filing violates a separation agreement requirement that any dispute between the companies be resolved through arbitration.

"This complaint should never have been filed in this court," said Rob Saunders, an attorney for DuPont, noting that the separation agreement, which was attached to the complaint, has a clear mandatory arbitration provision. Even the mere existence of a dispute must be kept secret, Saunders added.

"We're trying to mitigate the harm caused by Chemours' breach of that agreement and prevent further harm by keeping the nature and details of the dispute as confidential as possible," he said.

Glasscock remained skeptical, saying it was clear that a lot of material in the complaint could not legitimately be considered confidential under court rules that allow limited protection for certain confidential business information. The judge also suggested that the appropriate remedy for breach of contract was to seek damages, not try to hide a court filing from the public.

After telling attorneys the complaint should be unsealed, Glasscock deferred ordering an immediate unsealing to allow attorneys to file an interlocutory appeal or a motion for reargument.

In a letter to Glasscock later Thursday, Saunders indicated that the defendants will ask Delaware's Supreme Court to accept an appeal of his ruling. 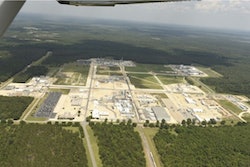 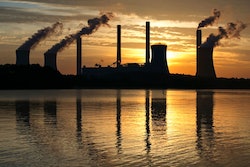 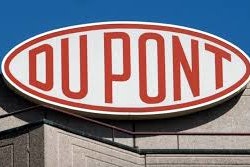