A propane-powered forklift caught on fire and employees were unable to extinguish it before it exploded.

According to the AP, authorities reported an explosion at a paper plant in north-central Oklahoma.

Muskogee County officials say an explosion and fire were reported late Monday night at the Georgia-Pacific plant in Muskogee, about 50 miles (80.46 kilometers) southeast of Tulsa.

According to KFSM, a propane-powered forklift caught on fire and employees were unable to extinguish it.

Muskogee County Commissioner Ken Doke says the building has been evacuated and all company staff has been accounted for.

Authorities are asking that the public stay away from the scene as first responders work.

No further information was immediately available. 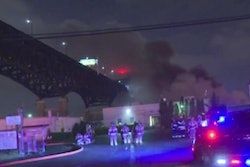 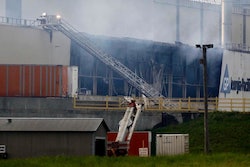