Historic Site to Reopen After Nearby Plant Fire

A fire at a Houston-area chemical plant has shuttered the San Jacinto site for two months.

LA PORTE, Texas (AP) — A Texas historic site that has been closed for nearly two months since a fire at a Houston-area chemical plant will reopen this week.

The nearby Intercontinental Terminals Company tank farm exploded and burned on March 17, leading to weeks of cleanup amid efforts to restore terminal operations.

Organizers say the San Jacinto Battleground State Historic Site attracts tens of thousands of visitors annually. The fiery accident led to cancellation of some events, including last month's marking of the 1836 Battle of San Jacinto and re-enactment of the fight for Texas independence. 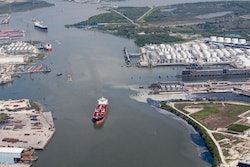 The Fire is Finally Out 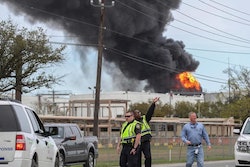