Carlos Ghosn was arrested in November and charged with falsifying financial documents and breach of trust while leading the Japanese automaker. 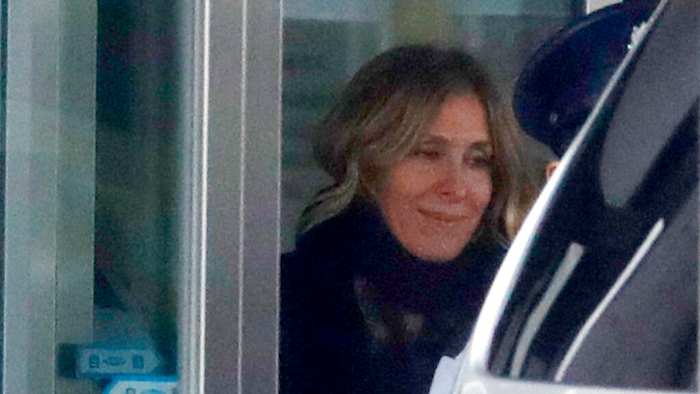 In this March 6, 2019, file photo, Carole Ghosn, wife of Nissan's former Chairman Carlos Ghosn, walks to a car waiting at the entrance of Tokyo Detention Center, where her husband is detained in Tokyo. Carole Ghosn will be questioned Thursday, April 11, 2019 by Japanese prosecutors in a Tokyo court.
AP Photo/Eugene Hoshiko, File

TOKYO (AP) — Prosecutors questioned the wife of Nissan's former Chairman Carlos Ghosn in a Tokyo court Thursday, after her husband was taken into custody on financial misconduct allegations.

A person familiar with the situation told The Associated Press that Carole Ghosn was not a suspect and would be questioned voluntarily with her husband's legal team present. The person spoke on condition of anonymity because of the sensitivity of the matter.

The sessions were not public. Ghosn's lawyer Junichiro Hironaka said afterward he was confident that Thursday's proceedings would support his client's defense, Kyodo News agency reported.

Carlos Ghosn was arrested in November and charged with falsifying financial documents and breach of trust while leading the Japanese automaker. The charges allege he under-reported his retirement income and had Nissan shoulder dubious payments and investment losses.

He has maintained he is innocent. He was released on bail last month but rearrested last week.

Prosecutors say the allegations that were the basis of his recent arrest are distinct from the others, while giving no details. The detention was approved through Sunday but can be extended.