It marks yet another expansion of Toyota's U.S. presence, bringing to nearly $13 billion the amount it will spend by 2021.

BUFFALO, W.Va. (AP) — Toyota Motor Corp. announced Thursday it is investing an additional $750 million at five U.S. plants that will bring nearly 600 new jobs, including the production of two hybrid vehicles for the first time at its Kentucky facility.

It marks yet another expansion of the Japanese automaker's U.S. presence, bringing to nearly $13 billion the amount it will spend by 2021.

The latest investments are at facilities in Alabama, Kentucky, Missouri, Tennessee and West Virginia. Those same facilities were part of a 2017 announcement by Toyota for a $374 million investment to support production of its first American-made hybrid powertrain.

Toyota Motor North America CEO Jim Lentz said the latest investments "represent even more examples of our long-term commitment to build where we sell. By boosting our U.S. manufacturing footprint, we can better serve our customers and dealers and position our manufacturing plants for future success with more domestic capacity."

Toyota's Georgetown, Kentucky, facility will get a $238 million infusion to produce hybrid versions of Lexus ES 300 sedans starting in May and the RAV4 SUV starting in January 2020, the company announced.

Toyota also is spending $62 million on equipment to boost production of Toyota and Lexus cylinder heads at its Bodine Aluminum facility in Troy, Missouri, as part of its cost-saving New Global Architecture production strategy to share common parts and components among different vehicles.

A $50 million expansion and equipment upgrade at a Bodine plant in Jackson, Tennessee, will add 13 jobs and produce engine blocks while doubling the capacity of hybrid transaxle cases and housings.

And Toyota will add 123 jobs and spent $111 million to expand its plant and purchase equipment in Buffalo, West Virginia, to double the capacity of hybrid transaxles.

Previously, Toyota also announced a $600 million investment at its Princeton, Indiana, plant to increase the capacity of its Highlander SUV and to incorporate the new production strategy, and $170 million to launch the 2020 Corolla on a new production line in Blue Springs, Mississippi. 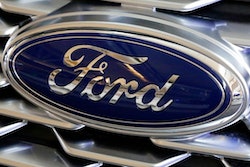 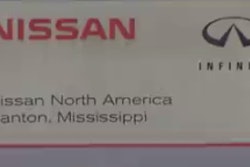