The company built the pedestrian bridge that collapsed in March 2018, killing six people. 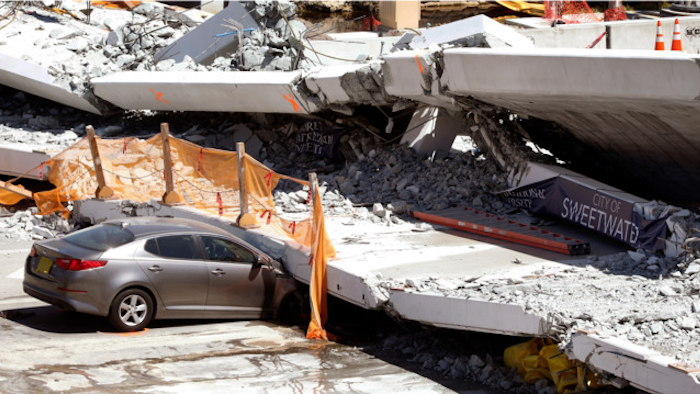 MIAMI (AP) — A judge in Miami will allow a construction company being sued for wrongful death related to a bridge collapse to restructure its financial obligations under Chapter 11 bankruptcy rules.

Magnum Construction Management LLC — known as MCM — was the builder of the pedestrian bridge at Florida International University in Miami that collapsed in March 2018, killing six people.

The Miami Herald reports lawyers told Judge A. Jay Cristol on Wednesday that company was more than $8 million in debt before the bridge collapse.

Attorney Jordi Guso said a series of events led the company to file for bankruptcy, including 18 lawsuits, the termination of a lucrative Texas project and limited access to new funding.

Guso said MCM is asking four insurance companies to cover up to $54 million in damages.