Entergy is overhauling the plant's management after operational problems.

Associated Press
WLBT 3 On Your Side, @WLBT

JACKSON, MISS. (AP) — Entergy Corp. says it's adding jobs at its nuclear power division headquarters in Jackson, as well as at its Mississippi nuclear plant at Grand Gulf.

The electrical utility says it's also hiring another 70 people at Grand Gulf, increasing workers to 890.

Entergy is overhauling the plant's management after operational problems. Grand Gulf supplies electricity to customers in Mississippi, Arkansas and Louisiana.

That requires Entergy pay workers at least $41,927 annually. Entergy could get $5.3 million over 10 years. 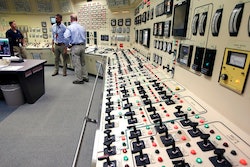