The former chair of Nissan has been detained in a Japanese prison since November 19th. 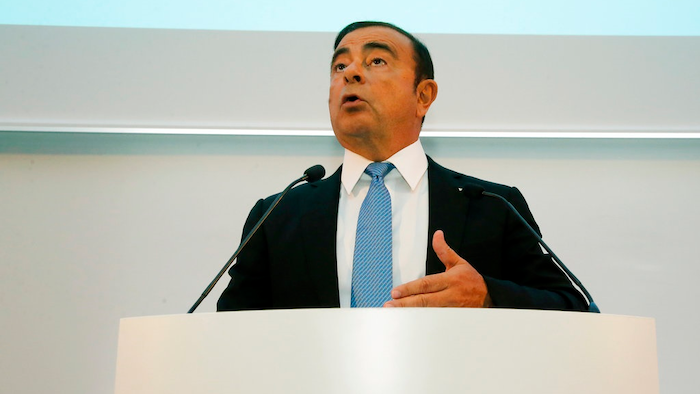 TOKYO (AP) — The Tokyo District Court turned down a request by Nissan's former chairman Carlos Ghosn for release on bail Tuesday, prolonging his detention by weeks and possibly months.

Ghosn, 64, who was arrested on Nov. 19, has been charged with falsifying financial reports in underreporting his compensation, and with breach of trust in having Japanese automaker Nissan Motor Co. shoulder investment losses and make payments to a Saudi businessman.

His lawyers, who requested his release last week, appealed the rejection Tuesday.

Tuesday's decision was expected since Motonari Ohtsuru, one of Ghosn's lawyers, had warned that suspects in Japan often are detained until their trials start. Ohtsuru said the complexity of Ghosn's case means it could take half a year before it goes to trial.

Ghosn, who led Nissan for two decades, asserted his innocence in court last week, his first public appearance since his arrest.

Ghosn says the compensation that he allegedly failed to report was neither agreed upon nor paid.

Regarding the breach of trust charges, he said Nissan suffered no losses and the payments were for legitimate services.

Tokyo prosecutors say they have enough evidence for a case, although they won't disclose details until the trial.

On Monday, Ghosn's wife Carole Ghosn appealed for her husband's release in a letter to the group Human Rights Watch, saying the detention was "cruel and inhumane."

Japan's judicial system has long been criticized for long harsh detentions, severe interrogation tactics and the lack of a presumption that suspects are innocent until proven guilty.