The Department of Energy is accused of failing to properly study environmental threats posed by moving about 2,200 pounds of weapons-grade plutonium.

Scott Sonner
In this Sept. 29, 1994 file photo, a CSX Train with spent nuclear fuel passes through Florence, S.C., on its way to Savannah River Site Weapons Complex near Aiken S.C. Nevada is suing the federal government in a bid to stop plans to ship plutonium from South Carolina to a former U.S. nuclear proving ground north of Las Vegas. Outgoing Republican Gov. Brian Sandoval on Tuesday, Dec. 4, 2018, is again vowing that the state will fight the Department of Energy plan to store radioactive bomb-making material at the Nevada Nuclear Security Site.
Jeff Chatlosh/The Morning News via AP, File

ENO, Nev. (AP) — A federal court hearing will go forward as scheduled in Reno next week on the state's attempt to block the Energy Department's plans to ship plutonium from South Carolina to Nevada despite claims by U.S. lawyers they need more time to prepare due to the partial government shutdown.

"This is not the run of the mill case," she wrote. "The state contends that the proposed action will result in increased radiation doses to Nevada citizens and would, in some circumstances, lead to contamination of the state's lands and groundwater with radioactive materials."

The state of Nevada filed suit Nov. 30 accusing the Department of Energy of failing to properly study environmental threats posed by moving about 2,200 pounds (1 metric ton) of weapons-grade plutonium from the Savannah River nuclear weapons refining complex in South Carolina to the nation's former nuclear proving grounds north of Las Vegas by Jan. 1, 2020.

They fear an accident could permanently harm an area home to 2.2 million permanent residents and host to more than 40 million tourists a year.

Justice Department lawyers representing the Energy Department said in a Jan. 2 request for a continuance that given the shutdown, they are prohibited from working even on a voluntary basis except in very limited circumstances, including "emergencies involving the safety of human life or the protection of property."

But after Du's ruling last week, they filed a 38-page opposition to Nevada's request for a preliminary injunction blocking any shipments that the state "presents no actual evidence that it will be harmed."

A federal judge in South Carolina set the 2020 deadline.

Under DOE's current plans, the material will be "temporarily staged" at the Nevada National Security Site and the government's Pantex Plant in Texas, two facilities that already handle and process plutonium, before eventually being sent to the Los Alamos National Laboratory in New Mexico "or another facility" by 2027.

William Harris Walker, director of the Office of Intergovernmental Affairs at DOE's National Nuclear Security Administration, said in an affidavit earlier this month that Nevada "never stated any grave or pressing safety concerns or possibility of the plan causing harm" during multiple discussions with DOE from April to October.

"The state's primary concern throughout the process was that the public would perceive the plan as the federal government 'dumping waste' on the state and that DOE was not providing any sort of compensation or new missions to the state in exchange for staging of the plutonium," department lawyers said.

Deputy Assistant U.S. Attorney Jean Williams said in the Jan. 4 filing that the plans ready have been analyzed extensively and no further environmental review is required.

"The proposed action consists of nothing more than storing additional sealed cans of plutonium inside an existing, secure facility, activity that has been thoroughly evaluated," Williams wrote. "There simply is nothing about the proposed action that is in any way different from the activity already analyzed." 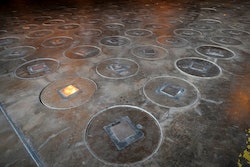 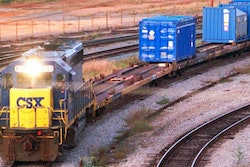