Hemp Could Be Big Cash Crop in IL

Hemp can be turned into clothing, textiles, building materials, paper and food.

Roseville, IL — Hemp could be the next big cash crop in Illinois, according to a farmer who was among the first to legally grow the plant in the state after it became legal this year.

Hemp comes from the same plant as marijuana but doesn't have THC, the compound that causes a high. Hemp can be turned into clothing, textiles, building materials, paper and food.

Andy Huston was among the first to grow hemp in Illinois on his Roseville-area farm. He told the Chicago Tribune that he believes the crop could be more profitable than corn and soybeans once farmers learn how to raise and sell it.

"There's going to be tons of offshoot businesses that will come out of this," Huston said.

About 150 people have expressed interest in growing hemp, said Jeff Cox, chief of the Bureau of Medicinal Plants at the Illinois Department of Agriculture. Cox expects that number to increase once the state finalizes its rules, which could happen in April following a 90-day public comment period.

Farmers are eager to get the rules in place so they can begin buying hemp seeds, said Liz Moran Stelk, executive director of the Illinois Stewardship Alliance, a pro-farming group that lobbied for the crop's legalization.

"There's going to be way more competition in 2020," Stelk said. "It's urgent to get the licensing done in time for spring planting."

Hemp generated $820 million in U.S. sales in 2017, though most of the product was imported, according to the Hemp Business Journal. Hemp could grow to a nearly $2 billion industry by 2022 as production increases in the U.S., the journal said. 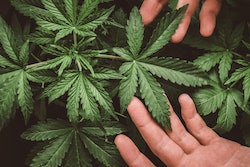 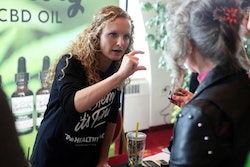 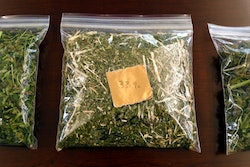