The Italian-American carmaker will build a fully electric version of the 500 city car and a compact Alfa Romeo SUV at the plants.

Manley and other executives met with unions leaders in Turin on Thursday, some four months after Manley took over as CEO following the unexpected death of Italian-Canadian CEO Sergio Marchionne.

Unions have been seeking confirmation of plans for Italian manufacturing since a new five-year strategy was announced last June.

The all-electric 500 will be built in Mirafiori, in Turin, while the Alfa Romeo SUV will be built in Pomigliano, near Naples, along with the Panda. The company will also add production of a hybrid plug-in Jeep Renegade and the Jeep Compass to its plant in Melfi in the south. 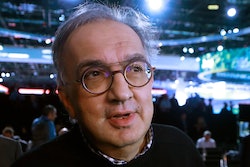